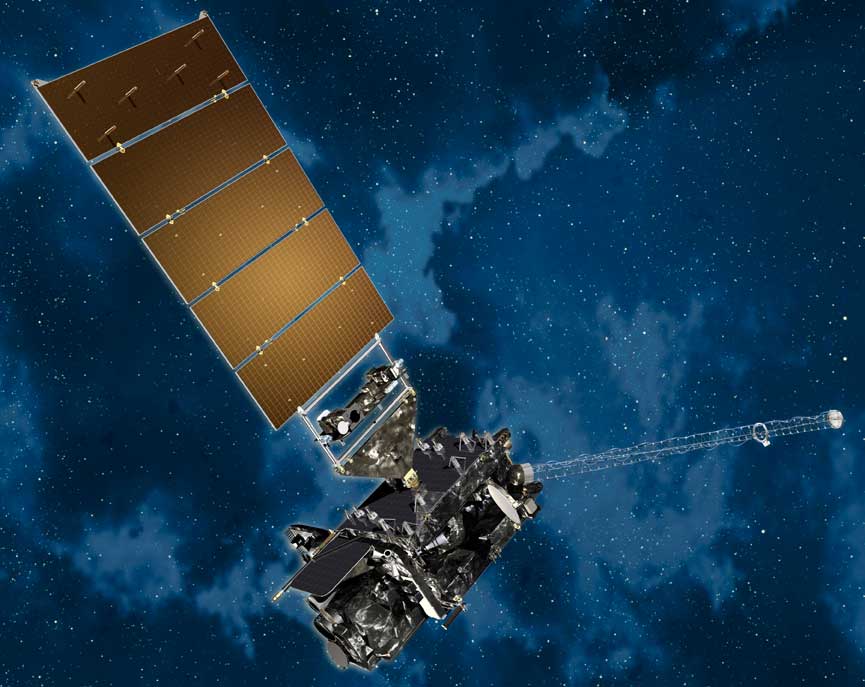 NASA has awarded SpaceX a $152.5 million contract to launch the Geostationary Operational Environmental Satellite-U (GOES-U) mission. The total cost includes the launch service and other mission-related costs. The GOES-U mission is targeted to launch in April 2024 on a Falcon Heavy rocket from Kennedy Space Center in Florida.

GOES-U is the fourth and final spacecraft in the GOES-R Series of Geostationary weather satellites operated by the National Oceanic and Atmospheric Administration (NOAA). The GOES-R Series is a joint effort between NASA and NOAA and includes GOES-R, GOES-S, GOES-T, and GOES-U.

Lockheed Martin is building the GOES-U satellite, based on the A2100 platform.