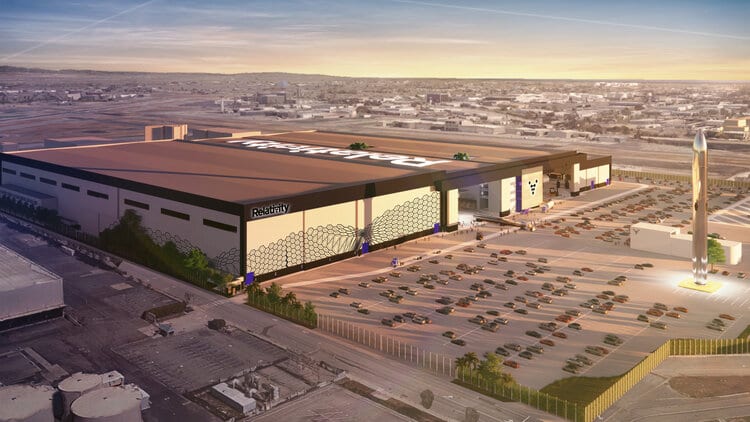 Relativity Space will occupy one of largest headquarters facilities in the commercial space industry after signing the lease on Boeing‘s former C-17 manufacturing plant in Long Beach, California. The 3D printing launch company announced June 30 that it will move its headquarters and a planned workforce of more than 2,000 employees into the 1 million-square foot factory, which will be redesigned by renowned architecture firm Gensler.

The company said it plans to complete the move in January 2022. The Goodman Group, an Australian development firm, purchased the property for more than $200 million in June 2019, and will lease it to Relativity.

Relativity currently employs about 45o people, and said it will hire an additional 200 people by the end of the year. In addition to employees, Relativity’s new facility will house a metallurgical laboratory, DMLS printers, mission control center, as well as its proprietary Stargate 3D metal printers, which are the largest if its kind in the world.

The Stargate printers will eventually print both Relativity’s Terran 1 launch vehicle and the fully reusable and recently unveiled Terran R rocket. However, the company said its existing Long Beach facility will continue to be utilized for Terran 1 production. Relativity also has production facilities and offices in Vandenberg, Seattle, Washington D.C., Stennis, and Cape Canaveral.

“Securing this space for Relativity Headquarters, which is now one of the largest facilities in private space, right here in Long Beach, is key for scaling out our Terran R program, while also continuing to tap into the unparalleled talent here to join us on our mission,” said Tim Ellis, CEO and co-founder of Relativity. 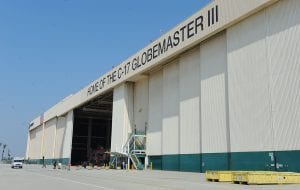 The original Boeing C-17 facility, which will be completely redesigned and repurposed as Relativity’s new headquarters. (File photo, SCNG)

The purchase of the facility comes less than a month after Relativity successfully raised $650 million in a Series E equity funding round to help scale production for its Terran R rocket. To date, Relativity has raised a total of more than $1.2 billion. Terran-1’s first test launch is scheduled for the fall of 2021.

Long Beach Mayor Robert Garcia, who has been working to transform 437 acres of coveted land west of Long Beach Airport into a modern business district, hailed Relativity’s decision to utilize re-purposed space. “Relativity is a growing leader in our world’s space economy, and we’re proud they chose Long Beach as home. This new HQ will bring thousands of great, good-paying jobs to Long Beach and strengthen economic growth for the entire region,” said Mayor Garcia.