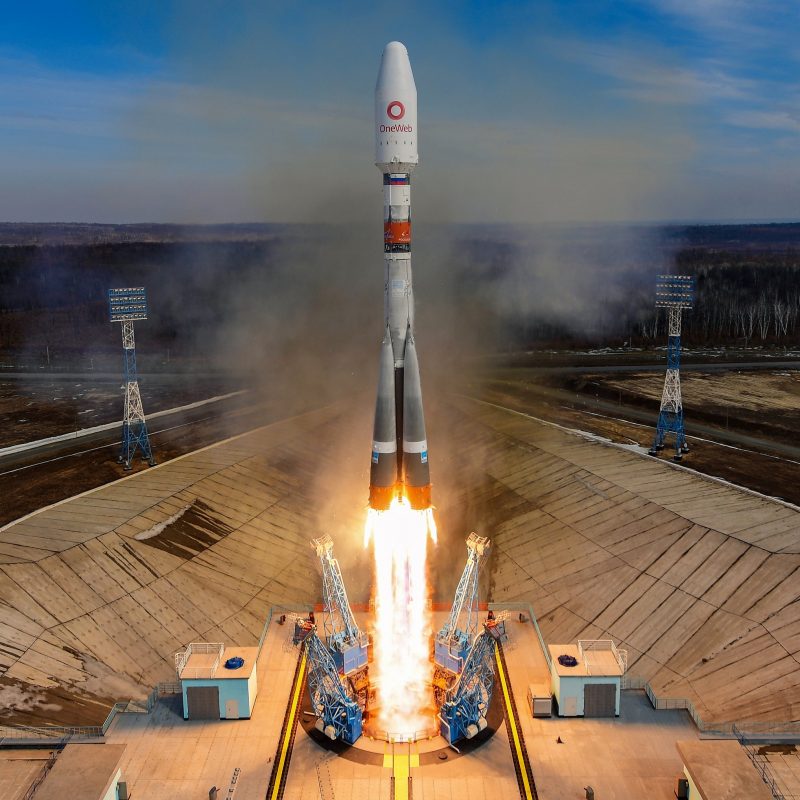 OneWeb’s latest satellite launch early Thursday morning brings the Low-Earth Orbit constellation to 146 satellites. An Arianespace Soyuz rocket took off from the Vostochny Cosmodrome in Russia on 25 March at 02:47 GMT. OneWeb’s satellites were dispensed in nine batches in about four hours. Signal acquisition on all 36 satellites was confirmed after the launch.

This was OneWeb’s second launch under new ownership of the United Kingdom government and Bharti Global as the company is building out a satellite constellation in Low-Earth Orbit (LEO) to provide broadband internet service to underserved areas. OneWeb exited Chapter 11 bankruptcy in November 20202.

Arianespace has launched all of OneWeb’s satellites to date.

OneWeb said after three more launches, it will be able reach all regions north of 50 degrees latitude by the middle of this year. The company plans to start service by the end of the year covering the United Kingdom, Alaska, Northern Europe, Greenland, Iceland, the Arctic Seas, and Canada. Global service is targeted for 2022.

OneWeb’s new CEO Neil Masterson said this launch represents a key moment in the company’s return. “OneWeb is rising to the challenge of our mission to provide connectivity to everyone, everywhere, all the time. Backed by exemplary shareholders, we are connecting the world,”  he said.