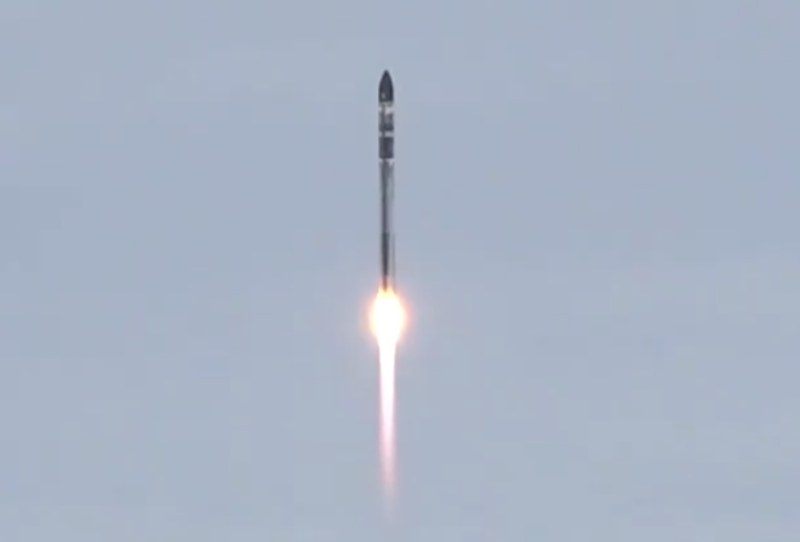 With its latest mission “They Go Up So Fast,” Rocket Lab’s Electron rocket has now deployed 104 small satellites. The launch marked a milestone for the company that has set out an ambitious path to grow into an end-to-end space solutions company with turnkey satellites and spacecraft components, on-orbit operations, data services and addition to launch services.

The Electron launch took off from Launch Complex 1 on New Zealand’s Mahia Peninsula at 22:30 UTC on Monday, March 22. The mission deployed an Earth Observation (EO) satellite for BlackSky Global through Spaceflight Inc; two Internet of Things (IoT) nanosatellites for Australian startups Fleet Space and Myriota; a test satellite built by the University of New South Wales (UNSW) Canberra Space in collaboration with the Royal Australian Air Force; a weather monitoring cubesat for Care Weather Technologies; and a technology demonstrator for the U.S. Army’s Space and Missile Defense Command (SMDC).

Customers confirmed that they connected with their satellites after the launch. After the satellites were deployed by Rocket Lab space tug Kick Stage, the Kick Stage reconfigured into the second on-orbit Photon spacecraft. This Photon, dubbed Photon Pathstone, is testing technologies that will be used on NASA’s upcoming Capstone mission to the Moon.

Rocket Lab is currently going through the process of becoming a publicly traded company through a special purpose acquisition company (SPAC) merger. In a recent interview with Via Satellite, CEO Peter Beck talked about how the deal will help fund Rocket Lab’s medium-lift rocket Neutron, and future deals.

“It’s giving us all the access to capital to go after programs like Neutron, but also other strategic directions within space applications and our space systems division,” Beck said. “It also gives us the public currency to go and do other deals. We found in the past that not having public currency, it’s very difficult to make significant acquisitions and moves. We tried to do some deals last year as a private company, but when you’re competing with public companies, it’s almost impossible to do the kind of deals you want.”