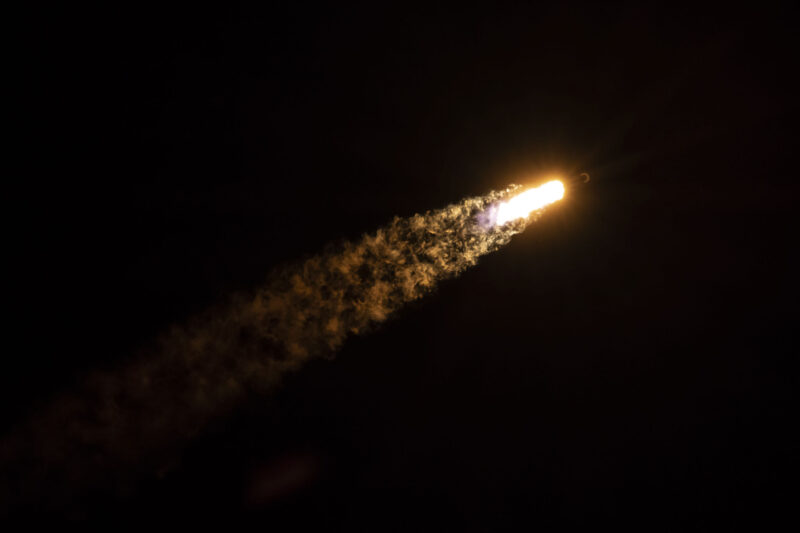 SpaceX hit a new reusability milestone with its Starlink mission on Sunday, March 14, flying and landing a Falcon 9 booster for the ninth time.

The booster used in the mission had its first flight on March 2, 2019 in the NASA Crew Dragon Demo-1 mission, five prior Starlink launches, and missions for Canadian Space Agency and Sirius XM. It most recently supported a Jan. 20 Starlink mission. Falcon 9 is

The Falcon 9 rocket took off from launch pad 39A at the Kennedy Space Center in Cape Canaveral, Florida At 6:01 a.m. on Sunday morning. After stage separation, the booster was successfully recovered for the ninth time, landing on a drone ship in the ocean. The 60 Starlink satellites were deployed about one hour and five minutes into the mission.

This was SpaceX’s second Starlink launch in a matter of days after a launch early the morning of Thursday, March 11. Sunday’s launch was SpaceX’s 22nd Starlink launch overall, and the launcher’s eighth mission of 2021. Starlink is a satellite constellation to deliver low-latency broadband internet service from space. The “Better Than Nothing Beta” testing kicked off in the United States in late October of 2020. At this point, Starlink is serving parts of the U.S, United Kingdom, Western Germany, and the south island of New Zealand.