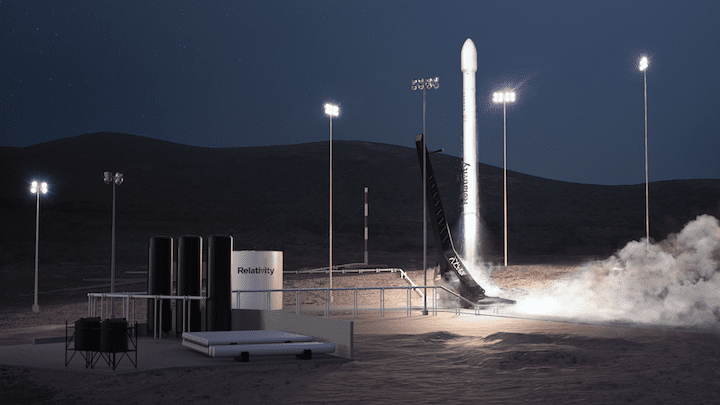 The RoE allows the Air Force and Relativity to begin assessing the viability of conducting launch operations on part of Vandenberg’s launch facilities, the company said in a Wednesday press release. If approved, Relativity would be able to launch its Terran 1 rocket, a fully 3D-printed launch vehicle currently in development, from either side of the country.

The company, which was founded in 2015, is in the process of building out a launch site at Cape Canaveral Air Force Station in  Florida. Once the Vandenberg site comes online, it can offer customers a complete range of orbital inclinations to include polar and Sun Synchronous orbits from the West Coast, and launches to Low-Earth Orbit (LEO), Medium-Earth Orbit (MEO), Geostationary Orbit (GEO) and low inclination orbits from the Cape.

“The 30th Space Wing takes great pride in supporting the next generation of leaders in space,” said Col. Anthony Mastalir, 30th Space Wing commander, in the Wednesday release. “We are impressed by Relativity’s innovative approach to reinventing aerospace manufacturing via 3D metal printing and robotics paired with an executive team of seasoned aerospace leaders. We look forward to working with Relativity as its West Coast launch partner for many years to come.”

The specific spot where Relativity will build its Vandenberg launch pad is an old storage facility on the southern side of the Air Force base, which would allow the company to avoid flying over major launch sites at Vandenberg, said Tim Ellis, company co-founder and CEO.

“From a scheduling conflict and ability to have clear launch windows, it’s actually one of the best possible sites at Vandenberg, which we’re thrilled about,” he said in an interview with Defense Daily. The company is currently targeting first launch of its Terran 1 launch vehicle in 2021 from Cape Canaveral, he noted.

“We’re very close to getting a site license,” for LC-16 at the Cape, Ellis said. The team is currently progressing through demolition and starting construction, and all of the long-lead hardware has been ordered. Ellis declined to elaborate on the type of payload Terran 1’s first launch will carry, or who the customer will be.

The company’s goal is to 3D print 95% of a launcher, including the engine, by the end of 2020. Ellis said the company is currently building first stage sections as well as second stage test pieces. Relativity has made some changes to the rocket’s design – to include increasing the payload fairing volume from two meters to three meters – and was able to do so rapidly thanks to their 3D printing process.

Relativity is building a new 120,000 square-foot factory in Long Beach, California, which will include even larger 3D printers and is scheduled to come online by the end of the year.

“We’ll be getting into actually producing some of the first flight hardware shortly, once that factory is set up,” Ellis said. The company is performing engine tests at Stennis Space Center, he added.

Relativity Space also said Wednesday that it will deliver Iridium Communications satellites to orbit under a new launch contract, its fifth announced launch customer agreement. The contract includes up to six dedicated launches to deploy ground spare satellites to LEO for Iridium NEXT’s constellation on Relativity Space’s Terran 1 vehicle. Launches will begin no earlier than 2023.

Relativity Space is uniquely positioned to launch each of Iridium’s spare satellites “one at a time to each individual orbital plane” with competitive pricing and performance capability, Ellis said.

Iridium selected Relativity Space as its next launch provider thanks to the company’s projected ability to provide flexible launch capability with shorter call times and Terran 1’s eventual capability to launch one satellite at a time, said Suzi McBride, Iridium COO, in an interview with Defense Daily.

“It’s not a matter of needing to launch tomorrow; our constellation is extremely healthy,” she said. “We have time to see how things develop and watch them mature.”

“It was a really good opportunity for us to get in on the ground floor with them, to ensure that they continue to design their capability with us in mind,” she added.