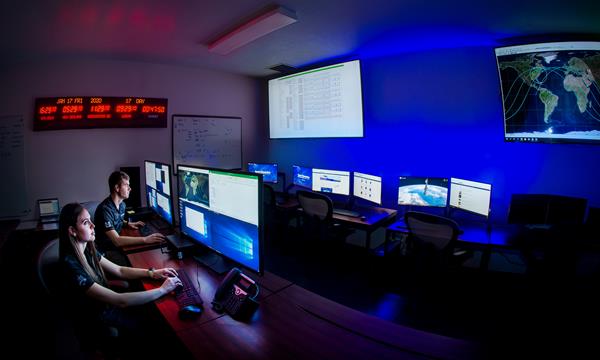 The Space Dynamics Laboratory (SDL) at Utah State University announced Monday that a small satellite it built was deployed into orbit, and early telemetry indicates that the spacecraft health is nominal and the satellite is operating as designed.

The SDL-built Hyper-Angular Rainbow Polarimeter CubeSat, known as HARP, was launched on Nov. 2, 2019, on a Northrop Grumman Antares rocket from Virginia Space’s Mid-Atlantic Regional Spaceport at NASA’s Wallops Flight Facility. Following a three-month stay on the International Space Station (ISS), HARP was deployed into its intended orbit on February 19. The HARP satellite was built to carry a payload built by the University of Maryland, Baltimore County. The satellite’s objective is to validate the in-flight capabilities of a highly accurate and precise wide field of view hyper-angular polarimeter for characterizing aerosol and cloud properties.

“We are honored to be part of this important mission, led by principal investigator J. Vanderlei Martins from UMBC, that will enable scientists to better understand aerosol and cloud processes in our atmosphere,” said SDL’s HARP program manager Tim Neilsen. “The ground-breaking advances provided by Dr. Martins and his team enable valuable atmospheric measurements to be made by a much smaller package than previously possible.”