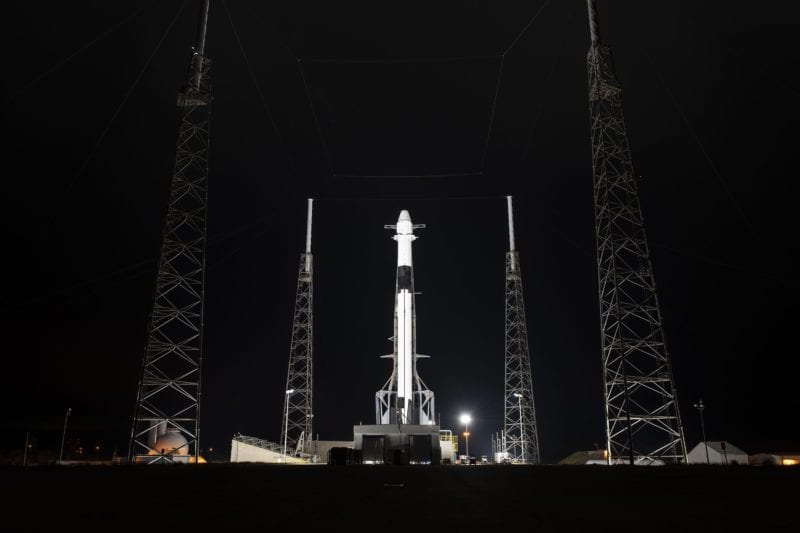 SpaceX’s Falcon 9 rocket and Dragon spacecraft vertical on launchpad ahead of the Dec. 6 launch. Photo: SpaceX

The Dragon spacecraft that is supporting the CRS-19 mission previously supported the CRS-4 mission in September 2014 and the CRS-11 mission in June 2017. Following stage separation, SpaceX recovered Falcon 9’s first stage on the Of Course I Still Love You droneship, which was stationed in the Atlantic Ocean.

Dragon carries approximately 5,700 pounds of supplies and payloads, including materials to support more than 250 science and research investigations that will occur onboard the orbiting laboratory. CRS-19 is the nineteenth of up to 20 missions to the International Space Station that SpaceX will fly for NASA under the first CRS contract.

“We had an excellent, on-time launch, a successful stage separation, a booster landing and a great Dragon and solar ray deploy,” a SpaceX representative said in the mission launch video.