Historic Arabsat-6A Launch is a Success 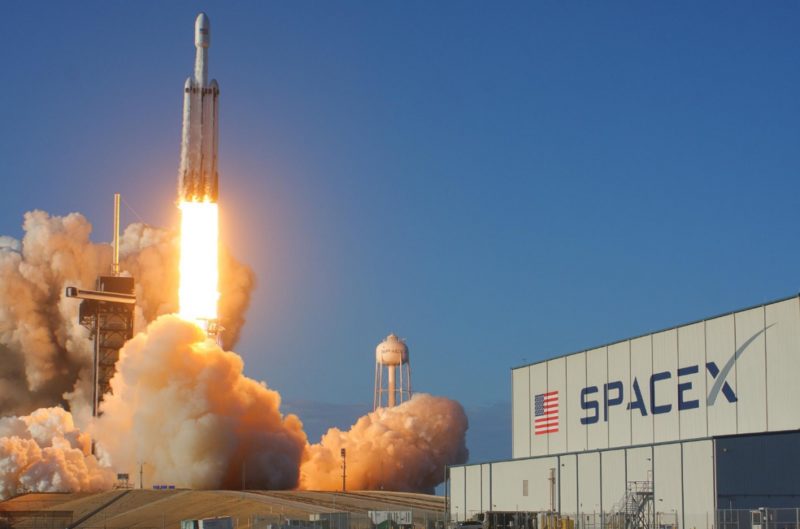 The Arabsat-6A satellite is on its way to its intended orbit at 30.5 degrees East after its successful launch on SpaceX‘s Falcon Heavy rocket, the Saudi operator confirmed.

Built by Lockheed Martin as its largest and most powerful commercial satellite to date, Arabsat-6A will provide high-capacity telecommunications, delivering television, radio, internet, and mobile communications to customers in the Middle East, Africa, and Europe. The spacecraft is the last of Arabsat’s 6th generation satellites. The satellite utilizes advanced Ka-spot beam capabilities and Ku and Ka-band coverage, in addition to other frequency bands.

The Arabsat-6A mission was also a complete success for SpaceX. Not only did the U.S. launch provider successfully lift the Arabsat payload to orbit, it also successfully landed all three of its boosters back on Earth. The Falcon Heavy’s main booster to make a difficult landing at sea — on a ship positioned hundreds of miles offshore in the Atlantic Ocean. Falcon Heavy’s two side boosters landed at Cape Canaveral Air Force Station in Florida.

“We are thankful for 6A satellite launch success as it was challenging for us and SpaceX because it is the first largest and heaviest satellite lifted by SpaceX on the most powerful rocket in operation today, the Falcon Heavy,” said Balkheyour, who also acknowledged contributions from his own team. “Arabsat’s success during the past two months, the launch of HS4 satellite at 39 degrees East for [Arabsat subsidiary] Hellas Sat last February and this success today could not have been possible without the help of the hard working young Arab engineers from Arabsat headquarter and its two ground stations in Riyadh and Tunisia, where those satellites are operated and controlled. To those young engineers who were fully involved in the design of these satellites and the supervision of the manufacturing stages, we owe them all thanks and praise.”