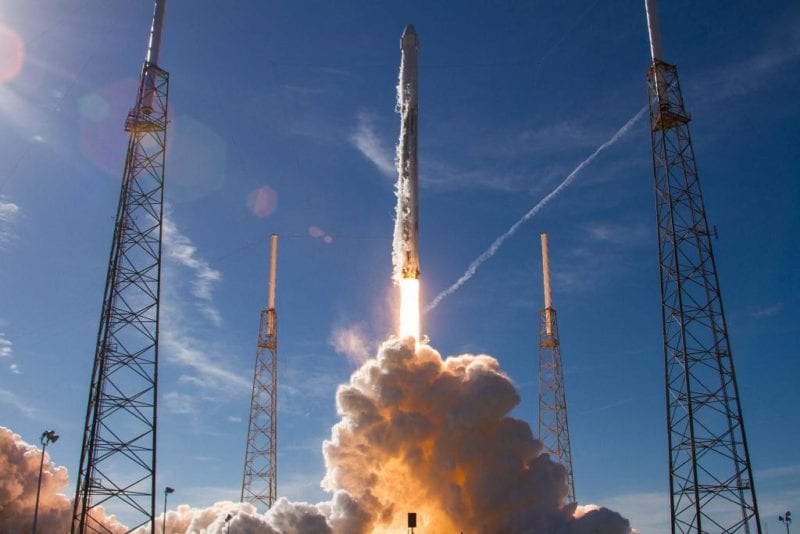 SpaceX successfully launched Spaceflight‘s SSO-A: SmallSat Express mission on Monday. The payloads were carried on a Falcon 9 rocket, which blasted off at 10:34 a.m. PST from Vandenberg Air Force Base in California. SmallSat Express is the largest single rideshare mission from a U.S.-based launch vehicle, and it is SpaceX’s 19th launch of the year.

The successful launch comes after two mission delays from SpaceX. The first delay was due to needing additional pre-flight inspection, and the second delay was due to “extreme high-altitude winds.”

Spaceflight launched 15 microsats and 49 cubesats from government and commercial entities including universities, startups, and even a middle school. The payloads vary from technology demonstrations and imaging satellites to educational research endeavors. This was also Spaceflight’s first dedicated rideshare mission to a sun-synchronous Low Earth Orbit (LEO).

Among the payloads was a cluster of three, formation-flying smallsats from HawkEye 360, which aim to deliver a unique source of Radio Frequency (RF) data that will be used to create first-of-its-kind RF-based analytics. This comes after the company raised $9.6 million earlier this year to fund its first commercial satellite cluster.

Iceye launched its ICEYE-X2 satellite, which is being commissioned for radar imaging. Building upon Iceye’s successful first mission ICEYE-X1, ICEYE-X2 has greatly increased in-orbit performance over its predecessor. These advancements include an improved imaging resolution and the addition of propulsion for orbital adjustments, among others. The ICEYE-X2 satellite mission is aiming for further improvements in ICEYE’s Synthetic Aperture Radar (SAR) imaging technology, and for the active delivery of SAR satellite imagery to initial customers.

To accommodate the large number of payloads, Spaceflight built an integrated payload stack that was nearly 20 feet tall. Once the launch vehicle reached orbit, the upper and lower free flyers separated from the vehicle. The free flyers then successfully deployed all spacecraft, dispensing one payload every five minutes over five hours.

Spaceflight’s next dedicated rideshare mission is scheduled to launch in 2019 on a Rocket Lab Electron rocket.