Iceye CEO’s Ambitious Plans After New Round of Funding 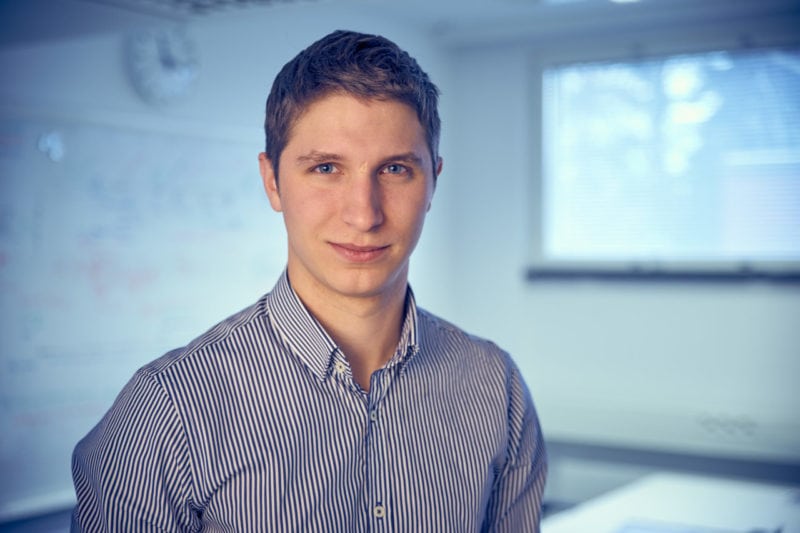 Iceye has taken a huge step forward with another $34 million of funding secured in the last two weeks. This means the company is on track to have 18 satellites launched over the next two years. Rafal Modrzewski, Chief Executive Officer (CEO) and co-founder of Iceye, told Via Satellite that the company has ambitious plans over the next two years, which will involve the launch of several new satellites.

“Our goal is to have at least 18 satellites in the constellation by the end of 2020,” he said. “This amount is enough to provide images of any point on Earth every three hours on average. The quality and frequency of our service level is more important of a goal to us than a hard number of satellites, as it is the most relevant item to our customers. The constellation gets built in stages as we add capacity.”

While the funding is no doubt good and welcome news for Iceye, there are other main challenges and obstacles the company still faces. Modrzewski highlights successful and timely launches as a shared challenge in our industry but, a more unique challenge to Iceye is to continue to improve and ramp-up the development of its Synthetic-Aperture Radar (SAR) technology. “It’s not an easy feat putting this type of instrumentation on a satellite under 100kg, as they are typically more than 10 times the size of our system. While we have been successful, the complexity and speed at which we develop our systems will always be hard, and we’re extremely happy to take that challenge on,” he added.

In terms of the significance of the latest round of funding, led by return investor True Ventures and supported by Draper Network VC funds and others, Modrzewski said the funding round of $34 million was particularly exciting for Iceye especially because it solidifies its plans for launching the world’s largest SAR satellite constellation already next year.

“This funding will help us to continue to develop our SAR technology, fund the next nine launches planned through 2019, as well as expand our customer analytics services. We recently launched the world’s first SAR satellite in January and which made it even more exciting for investors to be a part of this development in the NewSpace movement. We are always grateful to work with companies like True Ventures, who led this particular round,” he said.

With the funding now in place, and ambitious plans taking shape, in the next couple of years Iceye will focus on making an impact in the Earth observation market. The company has two additional launches planned for 2018, Iceye-X2 and Iceye-X3. The remaining seven, are planned throughout 2019. The Finland-based company is now very focused on manufacturing and integrating its satellite units in this timeline, as it is expecting some movement in the launch windows by the launchers.

With so many planned satellites going up, the key will be to gain customers and new business. Modrzewski said Iceye is continuing to scale out its operations into a variety of industries. “We are currently targeting industries such as maritime, oil and gas, insurance and agriculture. We also service customers in both government and commercial sectors,” he said. “One of our main goals with our SAR satellite constellation is to provide timely and reliable Earth observation data to our customers around the world. We are hopeful that as we prove successful with the rest of our launches, we will continue to see new customers and partnerships come in. We will already have the fastest SAR satellite revisit times next year, which will also speed up the interest from our customer base.”

One of the key questions for the company will be striking a balance between commercial and government customers. Modrzewski admits the commercial information market it is aiming for is vastly larger than the governmental market overall. “Our technology is catered for both types of customers, and we will start with customers who are more familiar with this type of data, and expand from there. We’ve already signed a contract with DIUx as the beginning of our government relationships and will continue to work with both entities as we scale out our operations,” he added.

Iceye is one of a new breed of satellite operators looking to make a difference, showing a flexibility and nimbleness that is not often associated with the satellite industry. These companies are pushing the envelope taking us to what could be considered an inflection point. As the leader of one of these companies, Modrzewski added, “The NewSpace industry is on the cusp of innovation. More and more companies are working to change how we deliver data, how we derive information from it and how we look at planet Earth from space. It’s an exciting time and the fact that Iceye is a part of that is equally thrilling. We are sending technology into orbit that has never been successfully accomplished until now and we are looking forward to seeing what the future holds for us and the rest of the new space companies out there.”