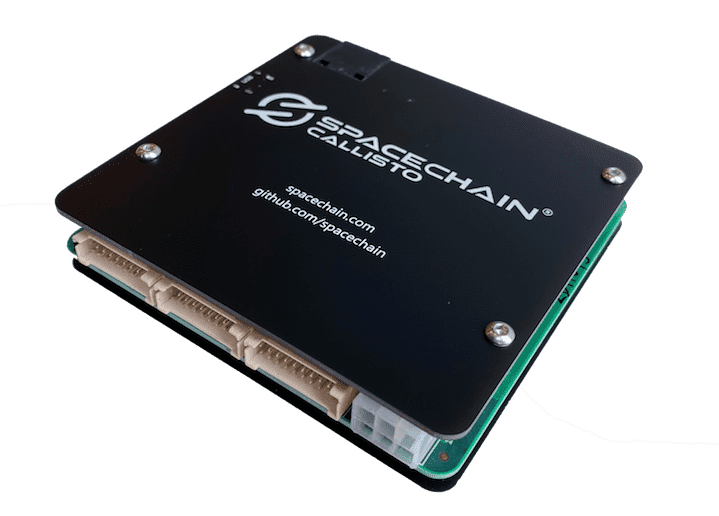 SpaceChain has introduced SpaceChain Callisto, an open-source demo hardware board designed for developing blockchain applications that can be used and deployed in space. This development kit, announced April 13, aims to enable developer communities to participate in advancing decentralized infrastructures for blockchain and fintech applications using space technologies.

SpaceChain said the Callisto is configured in a way similar to the on-orbit payload currently installed in the International Space Station. It is designed to give developers the chance to create applications that can potentially leverage blockchain-related functions, including running smart contracts and performing multi-signature transactions, and running tests through their computers to determine whether the applications they created would work in space.

“The world is entering an age of software-defined satellites that can be configured to perform different tasks by simply uploading an application or program, much akin to a mobile phone. By opening up access to space and satellite technologies through increasing the number of players and contributors, more opportunities for collaborative work can be created and lead to new businesses and socioeconomic models that were once impossible,” Zee Zheng, SpaceChain co-founder and CEO said in a statement.