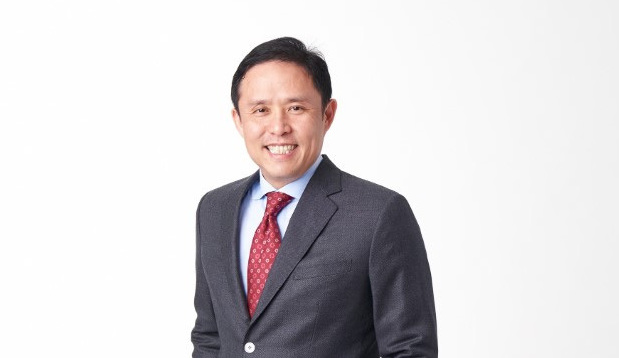 ST Engineering iDirect is set for a busy year in 2023 as it aims to bring more of its technology to some of the satellite network business plans developing around the world. However, it has been an interesting time for the company. Its former CEO Kevin Steen recently left to join OneWeb Technologies, and Ka Hoe Low took the helm as interim CEO of ST Engineering iDirect. He is also president of the Satcom Global Business Area (GBA) for ST Engineering.

Low, who joined the company in 2016, told Via Satellite that the satellite sector is in the midst of an exciting transformation, and that he believes that trends within the industry provide very strong opportunities for growth.

“We are looking at a surge in satellite capacity, driven by the advent of new, large constellations in multiple orbits. This is coupled with the falling price of capacity and an explosion in demand for connectivity. In addition, technological advancements such as virtualization and the cloud are preparing the ground for 5G infrastructure that will create a network of networks, of which satellite is a critical part,” Low said. “As a ground segment provider, we will offer end-to-end network orchestration in a multi-orbit, multi-constellation, space-terrestrial world. We are an integral part of the fabric that will knit everything together and we have a unifying role to play.”

The last 12 months in the satellite industry have been characterized by huge deals involving the likes of Viasat and Inmarsat, Eutelsat and OneWeb. Low believes the ground segment can benefit from industry consolidation.

“The industry is innovating very quickly, and consolidation could be beneficial if it results in satellite operators that have the scale and reach to invest in new constellations with the capacity and capabilities that will drive strong growth in new use cases and end-user demand. As the provider of technology to enable these new constellations, ground segment players will benefit from this,” he said. “On the ground segment side, there could also be opportunity for consolidation, where it makes sense. For example, on the terminal side, where there are many new entrants creating a more fragmented market.

In the last couple of years, ST Engineering iDirect has made quite a few investments and acquisitions. It acquired Newtec and Glowlink in 2019, and made an investment in IoT startup HiSky last year.

The expectations are high on the ground technology side of the industry to harness the wave of capacity launching to orbit. ST Engineering iDirect made headlines this year with its ‘New Ground’ initiative. Low said he believes that things are changing significantly, and that satellite is indeed at a point where it can break out of its niche and become an integral part of the much wider connectivity fabric.

Low cites one example, how ST Engineering iDirect took a leading role in forming the DIS standards group, that has now merged with DIFI (Digital Intermediate Frequency Interoperability Consortium) to push that collaboration forward. As a member of DIFI, ST Engineering iDirect is involved in partnerships with other ecosystem players to develop an open digitized standard for the satcom industry. Low believes this new standard will enable all manufacturers to build interoperable technologies that work in both open and closed network topologies, digitizing the interface between modulator/demodulator, modem, and radio frequency (RF) components.

Low believes that cloud-enabled satcom is going to be pivotal to the future of satellite communications. He believes there has been a gradual move away from large CapEx-heavy teleports to cloud-based platforms which enable businesses to be much more agile, flexible, and scalable and to access the cloud from any location, ultimately allowing faster time to market and revenue. He talks of how satellite architecture technology continues to advance and to create a natural evolution that has graduated from broadbeam and high throughput satellites (HTS) toward the use of dynamic and highly flexible payloads that are in sync with the power and scalability of the cloud.

“When we move infrastructure, deployment, and network management to the cloud, it enables a new ‘as-a-service’ business model for companies like ST Engineering iDirect. Network operations, and even services like cybersecurity, fall now to the ground segment, which operates from the cloud as its core position,” Low said.

Low said that in a parallel trend, satellite technology is critical in the delivery of the cloud services that are transforming the enterprise landscape. He believes that satellite will be imperative as enterprises embracing digitalization need ubiquitous cloud access — a service that in many places can only be achieved with satellite networks.

“We’ve seen multiple cloud service providers (CSPs) entering the satcom space over the last 12 months. Over the past few months, we have been working on the first phase in the development of a virtualized modem that can be deployed on a Microsoft Azure based cloud solution. In September, during World Satellite Business Week, we announced the successful demonstration of the demodulation capability of an iDirect virtualized high-speed SCPC modem running as containerized software on a COTS [commercial off the shelf] server located in the Azure Cloud. This is an important milestone in our proof of concept. It’s also the first time we demonstrated how this virtualized modem is receiving high-speed traffic via a digital interface instead of the traditional analog L-band interface, furthering our innovation with the DIFI standard,” he said.

Overall, the ground segment arena is a hotbed of innovation as companies work towards making satellite a bigger part of the overall ecosystem. Low thinks that the ground segment is doing a good job of taking on what he calls an “unprecedented challenge.”

“What we need to understand is that this is a work in progress, and these transformations are not going to happen overnight. At ST Engineering iDirect, we’ll continue to enable our customers as we progress on our innovation journey to realize our ambition to ensure that we create a bigger market opportunity for satellite communications,” he said.

Collaboration, even among ground players is on the rise, and this is a good thing for the industry.

Low said: “ST Engineering iDirect strongly believes that initiatives led by like-minded companies are pivotal to sharing ideas and innovation. Such alliances can push our industry forward instead of holding us back from what’s possible. Impactful collaboration is built on sharing goals, knowledge, skills, and experience and ultimately, sharing success. We have 35 years experience in serving our customers’ needs. We know what their requirements are, and how to meet them. The satellite industry has every reason to be optimistic about the future.”