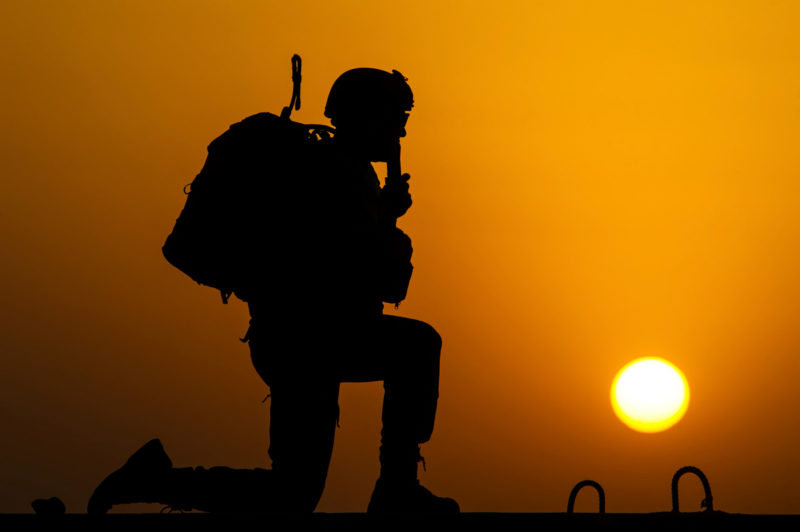 David Micha joined Intelsat as president of government subsidiary Intelsat General in February of this year, after decades at L3 Technologies and the combined company L3Harris. In his first interview with Via Satellite, Micha talks about the dynamics of the U.S. government market. While he admits the relationship between the U.S. government and the commercial satellite industry is changing, he believes this change can go even faster as Intelsat looks to serve its government customers better.

VIA SATELLITE: With a new administration now established, how do you view the opportunity for Intelsat in securing new government business? 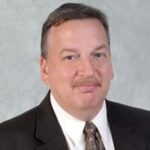 VIA SATELLITE: Do you believe we will see even stronger investment on the part of government in satellite-based capability?

Micha: I do. The U.S. government is going to have some budget pressures because of COVID, and I think they are going to have to leverage traditional means of communicating, even more than in the past. Commercial satcom will be key to that. It can’t all be done by traditional government milsatcom. If you look at the U.S. and our allies and our partners, we have a number of serious near-term threats that we might not have had a decade or two ago. Having a warfighting presence around the globe where we need it and having satellite-based communications is going to be critical to executing any domain control to protect our national assets, as well as those of our partners. To keep satcom strong, the government is going to have to invest in both government milsatcom and commercial satcom, just because of the way the world is today with these near-term threats.

VIA SATELLITE: We host an event called CyberSatGov (taking place next week) focusing on cybersecurity issues in the industry. How do you view cybersecurity concerns for operators like Intelsat?

Micha: I’m very familiar with the cyber world. Before I came to Intelsat, I worked for a large defense contractor [L3 Technologies], and I ran their cyber business. Intelsat is strong on this front. We have a robust network. We are the only commercial satellite operator that uses a third party to give us our cybersecurity accreditation.

With all that said, in the government and milsatcom business, cybersecurity is built into everything they do. Sometimes in the commercial satellite business, and because of the nature of commercial satellites, the industry isn’t structured to develop satellites in quite the same way, with that same robust cybersecurity. Intelsat has gone a step further than any other company. When we want our commercial and military systems to talk to each other, there are things we have to work out, whether it is transmission security or cybersecurity. These are the critically important things we are working through from a network standpoint. We need to be able to communicate the low probability of intercept, the low probability of detect. We can’t have an adversary take over our command-and-control structure, whether military or commercial.

It is going to be a growing area in the commercial satellite business over the next few years, and Intelsat is out in front on it. However, I think the entire industry is going to have to get an idea of what the Department of Defense and Ministry of Defence are thinking in terms of cybersecurity. The commercial satellite industry is going to have to keep working on it to develop more robust protections because cyber is very much a warfighting domain.

VIA SATELLITE: How much of a competitive threat are the Low-Earth Orbit (LEO) operators to the likes of Intelsat?

Micha: I wouldn’t frame it that way. I think they all have a place. Frankly, LEO is the new shiny object. There are pros to LEO constellations, and there are also drawbacks. I like to think of it more as a complementary thing because a company like Intelsat needs to provide multi-orbit, multi-band solutions to our customers. I view it as an opportunity to collaborate with different organizations and companies to provide a total solution to the government. Governments are not looking at LEOs or [Medium-Earth Orbit satellites] MEOs or [Geostationary Orbit satellites] GEOs. They are looking for solutions, and I think partnering with these companies is going to provide a great opportunity.

VIA SATELLITE: Is the government business growing for Intelsat? How would you compare the growth curve for compared to say more commercial markets such as mobility?

Micha: Mobility is a great business for us, and as a company we are doing very well there. In the maritime mobility domain, we are having great success. From a government standpoint, it is a growing business. What I am looking to do is not just incrementally grow this business, I am looking to significantly grow the business. To do that, we are working on a strategy that takes us a little bit away from what we have done for decades. This means we are going to build on our core business of providing bandwidth and worldwide capacity and managed services, and we are going to expand that into other types of offerings and be more of a total satcoms solutions provider — that is how we are going to see significant growth. We are going to focus on both the terrestrial and space domain.

VIA SATELLITE: Can you put a figure on that significant growth?

VIA SATELLITE: How will software-defined satellites make a difference here? What innovations do you think will be key when it comes to serving the DoD?

Micha: Software-defined satellites will allow our government customers to do many new things as they have steerable beams, higher throughput, and smaller terminals. That is just the satellite piece. When you have the data on the ground, you need a network that is robust and can move data to any part of the world. As government budgets decline or stay flat because of COVID and other things we have to account for in the world, the ability to give our customers a more affordable solution is going to be really critical, and to do that you need a software defined network. The software-defined satellite and network are really two companion pieces. It is great technology. 5G and satcoms are going to be ubiquitous going forward. These are all the types of things you need to provide a total network solution. Pretty soon, everything in the world is going to be 5G.

VIA SATELLITE: Is the relationship between the U.S. government and the commercial satellite industry changing?

Micha: It is changing, but not changing fast enough for me. The DoD realizes they need commercial satcom. We are technologically driven and innovative, and they need that. Frankly, commercial satcom programs are developed and launched quicker than government military satcom programs. In the old days, when the DoD would have to deal with a conflict in the world and need immediate capacity or bandwidth, they would call up a satellite company and say we need capacity now, or in two days, for example. Now, they are starting to look at commercial satcom as part of the warfighting domain and building us into the plan and figuring out where commercial satcoms could host government payloads, which Intelsat has done very successfully. There is a satellite industry working group of all the commercial satellite operators, where we talk to our colleagues in the DoD. I think it is now much more integrated into their warfighting strategy, as opposed to what it was like before, which was “we will call you when we need you.”

VIA SATELLITE: A lot of satellite operators are targeting government business across different orbits as a key market. Why are you optimistic that Intelsat can continue to generate a lot of business here?

Micha: Intelsat has a heritage of almost six decades of doing this for the government. We are a very robust company in terms of technology development, and we are doing great things in terms of acquisitions. We have a great core on which to build, whether it be people or government contracts. We have all of the infrastructure to handle classified and non-classified work. We have long-term relationships with a lot of our government customers. They trust us. They see us moving technology forward, and our ability to offer solutions to their toughest problems.

A few weeks ago, we got called up by the government. They had an immediate crisis where they needed help. The team at Intelsat worked through the night to provide a solution and solved a major problem they needed to accomplish very quickly. So, I am very bullish about our ability to be successful with government based on a long heritage, and the investments we are making in technology, acquisitions, and infrastructure.