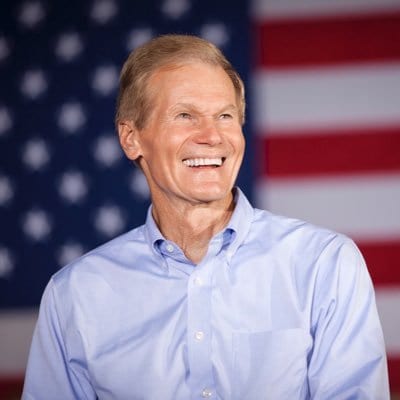 President Joe Biden announced former Florida Senator Bill Nelson as his pick for NASA administrator on Friday. Nelson is 78 years old and represented Florida in the Senate for 18 years. Some in the space industry had expected Biden to nominate a woman for the role.

Nelson chaired the Space Subcommittee in the U.S. House of Representatives for six years and in the Senate was the chairman or ranking member of the Senate Space and Science Subcommittee. Nelson is known for being the second member of congress to travel to space, as he was a payload specialist on a Columbia Space Shuttle mission in January 1986. This mission was the last successful space shuttle flight prior to the Challenger accident.

The White House statement on the nomination highlighted that Nelson was a contributor to space and science law, particularly the NASA bill of 2010, and that Nelson was known as the go-to senator for our nation’s space program.”

If he is confirmed, Nelson will be NASA’s 14th administrator. He will succeed Jim Bridenstine, another political appointee, former Republican member of Congress from Oklahoma. Bridenstine called Nelson an “excellent pick” for administrator in a statement.

“He has the diplomatic skills to lead an international coalition sustainably to the Moon and on to Mars. Bill Nelson will have the influence to deliver strong budgets for NASA and, when necessary, he will be able to enlist the help of his friend, President Joe Biden,” Bridenstine said.

“Through his committee leadership positions in both the House and Senate, Sen. Nelson has amassed decades of experience in dealing with NASA, Congress, and the space and aviation communities, and I know he will be able to hit the ground running when he becomes Administrator. He shares my love for NASA and the dedicated men and women who work there, and I look forward to working with him to create an exciting future for the agency.”