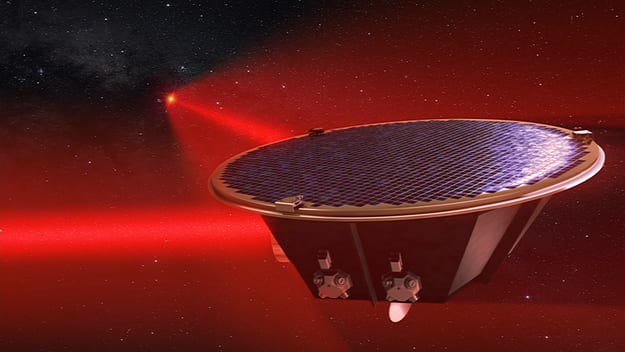 LISA is an international project led by European Space Agency (ESA) as a space-borne gravitational wave observatory. It is planned to consist of three spacecraft in an Earth-trailing orbit that will relay laser beams back and forth between different spacecraft. The signals will be combined to search for gravitational wave signatures that come from distortions of spacetime, in order to study the universe through gravitational waves.

NASA is tasked with developing the precision telescopes that transmit and receive the 1.06 micron coherent laser light. L3Harris will design, fabricate, align, test, verify, and deliver one Telescope Structural/Thermal Model and two Engineering Development Unit telescopes. The work will be primarily performed at L3Harris’ facility in Rochester, New York.