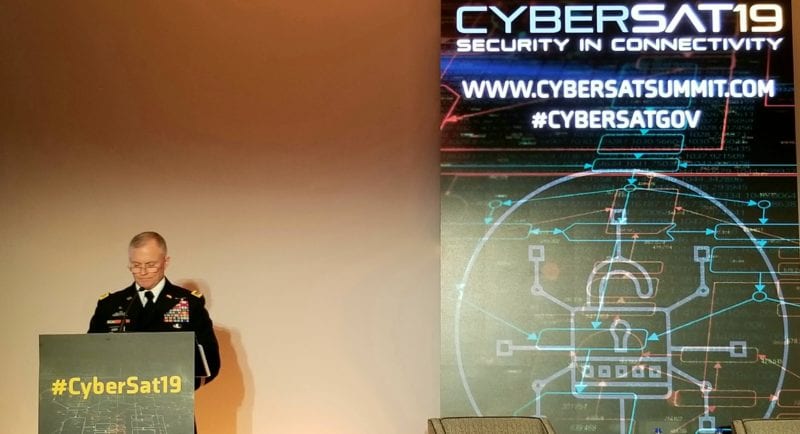 When it comes to outer space, Russia is both a partner and an adversary for the U.S., a duality made clear by two very different keynotes at Thursday’s CyberSat 2019 conference.

NASA CIO Renne Wynn cheerily highlighted the ways the two nations cooperate in space — Russia has a module on the International Space Station (ISS) and provides the launch capabilities that keep ISS supplied. But Defense Intelligence Agency (DIA) Director Lt. Gen. Robert Ashley grimly noted that Russian military theory sees space supremacy as the key to victory in military conflicts on the ground, at sea and in the air.

“Russia understands that the ability to degrade or deny U.S. space capabilities will offer forces an advantage not just in space itself but in traditional war-fighting environments,” he said. “Their military thinkers believe that the ability to achieve space supremacy will be a decisive factor in future conflicts,” he added.

That understanding, he explained, underpinned a 2015 military reorganization Moscow undertook to put space, aerospace and air defense into a single entity. Russian officials said that move was “prompted by a shift in the center of gravity (of military power) towards the aerospace sphere,” Ashley added.

That shift is driven in part by the increasing reliance of the U.S. and other militaries on commercial satellite capabilities, meaning that non-military satellites would be targeted in any conflict, he said.

Russia was developing ground-based mobile missiles “with the capability to destroy satellites in Low-Earth Orbit (LEO)” which would become operational “within the next few years,” he said. He added that they were also working on directed energy weapons “intended to target satellites and their sensors.”

But DIA’s role was to ensure policymakers didn’t have to use their imaginations, Ashley said. “It’s our responsibility to provide an understanding of what they’re investing in, what they’re capable of, (and) what they intend to use those capabilities for: How they will fight us.”

But those same leaders, Wynn said, were committed to peacefully exploring space with the U.S. as a partner.

“The Russian approach to space exploration is a place where our countries continue to thrive in terms of a relationship,” she said. “Space is a place where geopolitics seems to get left behind because our innate desire as humans to explore … takes over,” she added.

Two years ago, “during a very tense point in our relations,” Wynn said she visited Russia, and despite the prevailing tensions, got the red carpet treatment — even as diplomats and other U.S. officials were being frozen out. “Because I was representing NASA and space exploration, I was treated differently than other federal government employees,” she said, “because space is viewed …as a place where we stay together.”

At the same time, she acknowledged, those joint operations — like the launches of NASA space assets from Russia’s Baikanor Cosmodrome — presented cybersecurity risks that had to be mitigated.

“My IT is in Baikanor,” she said, noting that NASA used a Russian data center there. “Our data are moving in and out of that country and riding their stuff.”

“You have to understand your network topology, where your data are going and you just put in mitigations to ensure that if they pick up anything in transport, you strip it off in transport,” she said, adding that the mitigations included “gates, monitoring and other things” she couldn’t discuss in an unclassified setting.

Some observers at the event were unimpressed by Wynn’s comments. Bob Gourley, a technologist and entrepreneur who was previously the CTO of DIA, dinged his former agency, saying they should be doing more to help NASA secure their IT systems against foreign state hackers and cyberspies. “Who is briefing (NASA) on the cyber threats?” he asked, “Someone needs to be providing intelligence support.”