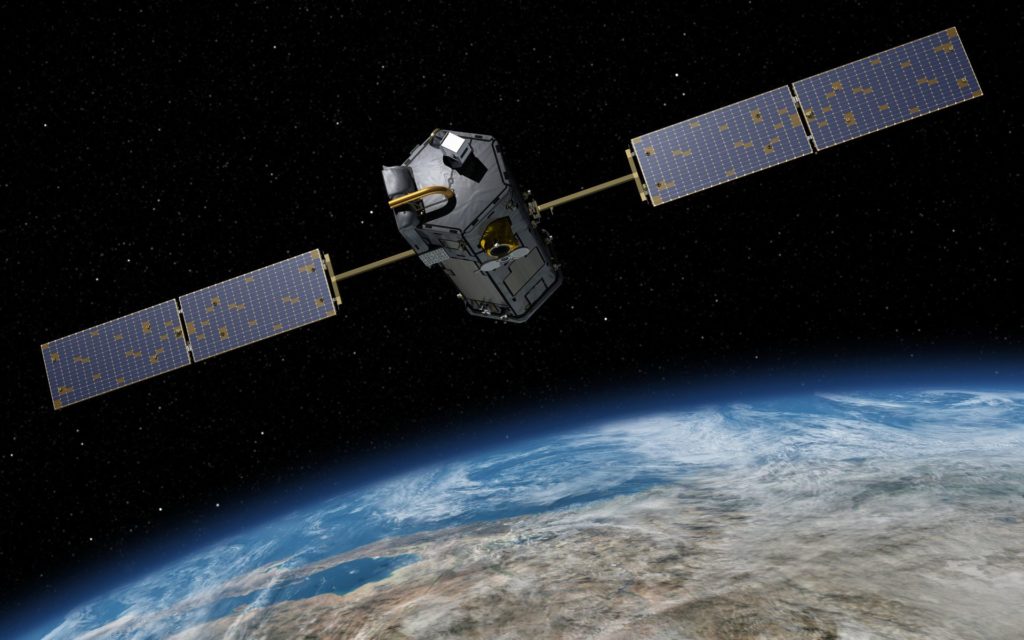 The Orbiting Carbon Observatory 2, or OCO-2, to be replaced by OCO-3. Photo: NASA.

SSTL’s SGR-20 is a single frequency, multiple antenna Global Positioning System (GPS) receiver, designed as a spacecraft orbit determination subsystem for small satellite Low-Earth Orbit (LEO) applications. The OCO-3 mission will use SSTL’s SGR-20 for positioning information to an accuracy of better than 20 meters (65.6 feet) and velocity data to an accuracy of better than 0.25 meters per second (0.55 miles per hour). The SGR-20 features four front ends with antennas, allowing more flexibility and redundancy for the selected mission, according to SSTL.

“With this mission we will see another first for Surrey: this receiver will be our first space hardware onboard the ISS,” said Eugene Hockenberry, project manager at SSTL.

Surrey delivered the receiver to JPL three months ahead of schedule. OCO-3 is scheduled to launch in 2018.