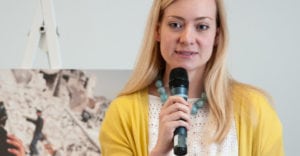 [Via Satellite 06-28-2016] The U.K. Parliamentary Space Committee held its Summer Reception Tuesday, three days after the United Kingdom controversially voted to leave the European Union (EU) — one of the most shocking political events to take place in the country in modern times. At the event, industry and a number of Members of Parliament (MPs) got together to celebrate the U.K. space industry as well as look ahead to what is undoubtedly an uncertain future. The challenge now is to make sure that the U.K. space industry, today worth more than $15.97 billion (£12 billion), can continue to grow in a future where the United Kingdom is no longer part of the EU. Nicola Blackwood MP, chair of the House of Commons Science and Technology Committee, said the industry now had a fight on its hands to maintain its upward growth curve.

“We don’t need an enquiry to conclude that we will have to shout loudly as an industry and as a science community to ensure that the interests of science are front and center as this process unfolds, and as we fight with every fiber of our beings to stop it being lost in the wider immigration, sovereignty and trade debates. We have to make sure the key and credible voices of science and innovation are at the top table of negotiations for Brexit. It is becoming an ever more central part of our knowledge economy and it must not be left behind. We have to send a message echoing across the continent and the international community that, regardless of this decision, Britain is open for business, and that Britain remains a science superpower,” Blackwood said.

The tone of the message was one of defiance and Blackwood confirmed she had already held discussions with the U.K. Prime Minister promoting the interests of the U.K. space and satellite sector.

“If EU funding is impacted during negotiations, the treasury must be clear that it will stand ready to reallocate funding and protect U.K. programs, collaboration, access to research and institutes, ownership of IP, immigration status of EU researchers and innovators, etc. These are all issues I have raised with the Prime Minister in the Chamber today,” she said.

Blackwood said that, while the United Kingdom was a strong and adaptable country, able to react and withstand economic troubles and challenges, there would undoubtedly be an impact on the U.K. space community. She said the United Kingdom was emerging from what has been an exceptionally “bruising and debilitating” debate, which had drew fault lines amid communities, political groups and other facets of society.

“It is going to require extraordinary leadership from both parties to take us through and out the other side. I still have confidence that we will rise to this challenge. It is not only because we will have too, but also because our history has shown us to be a resilient and determined nation who does more than simply survive adversity. We do come out stronger,” she said.

The irony of the EU referendum result was that it came days after British astronaut Tim Peake returned to Earth. Peake has captured the imagination of the U.K. public who has watched his experience of going to the International Space Station (ISS).

“I cannot think of a project that better demonstrated international scientific collaboration better. Tim’s achievements are staggering by any measure, he probably accomplished more in the six months aboard the ISS than most of us do in a lifetime on Earth. In my view, his most remarkable feat was making space accessible to millions of us across the United Kingdom. Over the last 186 days, his cheerful face being beamed into our classrooms and homes, and here in Parliament, and transformed space into a reality. Over 24 million people watched him takeoff. His educational outreach has completely outperformed expectations. He has reached over 1 million children and made space and science more broadly come alive. He has opened children’s eyes in terms of what a science career can hold,” Blackwood said.

Recently, the Science and Technology Committee published a report about space and satellites, which looked broadly at the U.K. space industry and the challenges ahead, although this report came out before the result of the EU referendum. Blackwood said the report confirmed that the space industry in the United Kingdom is “thriving” and poised for even greater economic success.

The report identified three key risks for the U.K. to grow its space industry in line with forecasts to be worth 10 percent of the overall global space market by 2030. Blackwood highlighted that there is a lack of awareness of the U.K.’s success in space in the wider market. Secondly, she said there are difficulties in accessing early stage financing and finally, she pointed to a shortage of specialist Science, Technology, Engineering and Math (STEM) skills.

“The industry told us themselves that they need to become more outwardly looking and engage with other sectors so those outside of the sector [see] what a success story U.K. space is and how they can benefit from space services. But, the government can lead by example and ensure satellite data is applied much more widely to deliver more cost-effective, sustainable data-driven policy,” she said.

She also spoke about the difficulties new companies face when proving their technology.

Blackwood admitted STEM skills shortages are a “major issue” and the space industry is no exception. “There is still much that needs to be done to reverse that shortage. I hope in the years ahead we will see the fruits of the Tim Peake effect,” she said.