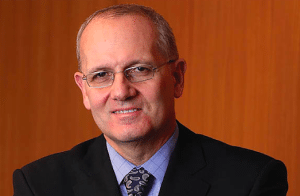 [Via Satellite 05-40-2016] Satellites will play a vital role in ensuring the agreements reached last year at the COP21 Paris Climate Conference are followed through, but more are needed, according to Jean Yves Le Gall, president of the Centre National d’Etudes Spatiales (CNES), the French space agency. Speaking April 29 at the Washington Space Business Roundtable, Le Gall said that the COP21 conference, which he regarded as perhaps the most momentous accomplishment of the decade, drove home the realization to many world leaders that satellites are an inimitable resource in the fight against anthropogenic global warming.

“I think that one of the lessons learned from the cooperation of the COP21 is that we changed the paradigm. Usually the space community says ‘we need politicians,’ but to prepare the COP21 I convinced my colleagues — other heads of space agencies — that we have to explain to the politicians that they need space agencies,” said Le Gall.

World leaders at COP21 pledged to take serious steps toward reducing the amount of man-made Carbon Dioxide (CO2) emissions in order to curtail the rate of climate change. These goals include limiting the increase in average global temperatures to less than 2 degrees Celsius higher than pre-industrial levels. Furthermore, nations agreed to pursue efforts to limit the temperature increase above pre-industrial levels to 1.5 degrees Celsius by 2100.

“Such measurements will rely heavily on space assets, and indeed, the COP21 itself would have been impossible without the help of satellites,” he said. “Out of the 55 essential climate variables being monitored today, 26 — more than half — can only be measured from space … it is no exaggeration to say that space is probably the platform on which the success of the COP21 was built.”

Le Gall mentioned that during the course of several discussions with leaders in preparation for COP21, many did not realize the level of data collected by decades of satellite measurements about the planet’s changing state. Satellites will be necessary, he said, to ensure nations keep to — and are able to keep to — the agreements. Le Gall also described a dearth of satellites, however, that are providing this critical data. He said the only carbon-metering satellites currently in orbit are NASA’s Orbiting Carbon Observatory 2 (OCO 2), launched in 2014, and the Japan Aerospace Exploration Agency’s (JAXA) Greenhouse Gas Observing Satellite (GOSAT), which launched in 2009.

New satellites for environmental monitoring are on the way, Le Gall noted. The European Space Agency (ESA), through the Copernicus program, is launching a series of Sentinel satellites capable of a myriad of measurements including optical, radar, atmospheric monitoring, sea level monitoring and more. CNES, in collaboration with the European Organization for the Exploitation of Meteorological Satellites (EUMETSAT), NASA and the U.S. National Oceanographic and Atmospheric Administration (NOAA) has pioneered the Jason series of oceanography satellites, the latest of which launched in January this year. And JAXA, with partner Mitsubishi Electric, is also building GOSAT 2, which is slated for launch in 2017. Still, Le Gall lamented that there is not enough diversity when it comes to the types of remote sensing spacecraft in orbit today.

“We need not only to measure concentration levels, but also to map fluxes from space and on the ground. It is clear that satellites are the solution and they play a big role here, but we will need more of them in low Earth and geostationary constellations,” he said.

Le Gall said France is bolstering its international cooperation with other space agencies to further the use of satellites in monitoring Earth’s climate. Since COP21, CNES joined with NASA, the Indian Space Research Organization (ISRO), ESA, JAXA and the China National Space Administration (CNSA), in New Delhi to create the New Delhi Declaration, which highlights contributions by the space sector in support of the outcomes of the COP21, and calls for evolving space-based operational tools combining in-situ measurements and increased computing resources.

Le Gall mentioned the rising tide of entrepreneurial space companies, commonly referred to as “NewSpace,” as a game changer for the global space industry. He said NewSpace could show the space industry how to leverage Nanotechnology, Biotechnology, Information Technologies, and Cognitive Science (NBIC), which, coupled with most cost effective satellites, can expedite the process of turning raw data into useful information.

“NewSpace seems to break down the barriers between space projects and NBIC technologies to keep pace with advances in technology as predicted by Moore’s law,” said Le Gall.

Le Gall said Silicon Valley — where much of the activity around NewSpace is found — has shown that investors are no longer afraid to put money in space. He said CNES is also taking steps to cultivate NewSpace in Europe, and that he expects this mindset will take root around the world.

“The prevailing impression created by the spectacular high profile achievements of some entrepreneurs is that NewSpace is actually a monopoly of the U.S., but in fact I’m sure that, in the years ahead, it will be just as European, Indian, Japanese or Chinese, as it is American,” he said.

Looking to future steps to mitigate climate change, Le Gall emphasized satellites as a fundamental part of the solution. Like at COP21, he said it will be important to continue to make decision makers aware of the contribution satellites make to understanding and controlling global warming.

“Now for the future we have the solution to explain that once the agreements are taken at a political level at COP21 last year and COP22 in Morocco this year, only satellites will help the states to be sure that the other states are applying these agreements; but even in a state you need the satellite to be sure that your industry decreased the level of the emission of greenhouse gases” he said. “Insisting on the role of the satellite is very important.”