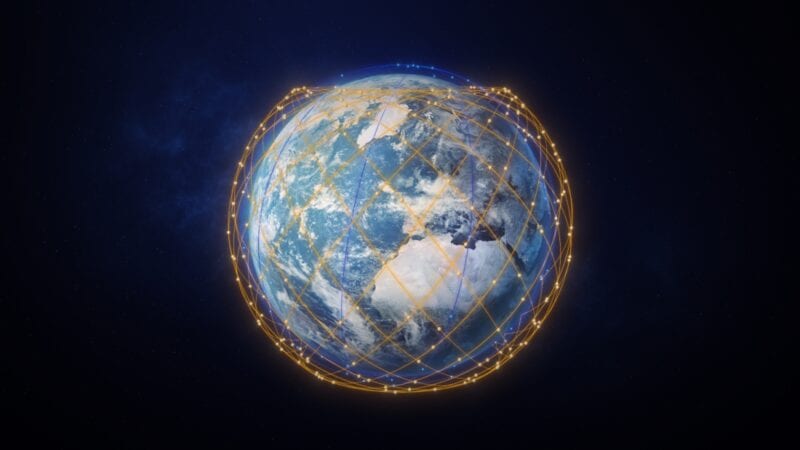 Telesat has selected Thales Alenia Space as the prime contractor to manufacture the Low-Earth Orbit (LEO) constellation it is calling Lightspeed. The agreement between Telesat and Thales is worth $3 billion, and Telesat is investing about $5 billion total into the project, CEO Dan Goldberg said in a Tuesday press conference.

The deal marks a long-awaited announcement on the details of Telesat’s LEO constellation, its largest procurement ever, and a venture away from Geostationary Orbit (GEO) from the Canadian satellite operator.

“It is far and away the most advanced, capable Low-Earth Orbit satellite network ever conceived,” Goldberg said. “We’re calling it Lightspeed to capture the inherent speed advantages that our customers will have using this network for broadband connectivity.”

Whereas Starlink, the business of competitor SpaceX, is going direct-to-consumer, Telesat is focused on the enterprise market. Goldberg said Lightspeed has been designed to service Mobile Network Operators (MNOs), telcos, Internet Service Providers (ISPs), and to provide backhaul connectivity and broadband to the aero, maritime, and government markets. In late 2020, Telesat reached a $462 million deal with the Canadian government to offer a dedicated pool of capacity that MNOs and ISPs can purchase at reduced rates to serve eligible rural households and Indigenous communities in Canada.

The combined capacity of the satellite network is 15 Tbps. Telesat did not share a price point for Lightspeed capacity. Goldberg said different markets have different characteristics on price, but said it will be an “order of magnitude” less expensive than the satellite services Telesat offers today.

Goldberg said Telesat is working with vendors in the different markets to develop user antennas, and Telesat is confident the terminals will be ready when the constellation is ready for service. Lightspeed will support both Electronically Steered Antennas (ESAs) and mechanically steered antennas for various markets including requirements for land, land-mobile, aeronautical, maritime, and other platforms.

“Some of these antennas already exist,” Goldberg said. “The type of antenna that would go on a cruise ship doesn’t look terribly different than the type of parabolic antennas that are on those types of ships today. They’ll be vastly more high throughput, it will able to deliver Gigabits of capacity to a cruise ship, for instance and Gigabits of capacity to remote communities and other locations.”

Telesat did not provide a target launch cadence, but Goldberg confirmed that as previously announced, Blue Origin will provide multiple launches for the constellation, and Telesat plans to use other launch service providers as well.

Telesat and Thales have performed a “significant” amount of work over the past two years together on this project. The satellites will be in the 700 kg class to 750 kg class, and involve a number of different advanced technologies. Each satellite will have phased array antennas combined with beam-hopping technology to create approximately 135,000 beams that can dynamically target multiple Gigabits per second of capacity to respond to demand. Each satellite will have four optical links to create a space-based mesh IP network. According to a network fact sheet, up to 7.5 Gbps can be offered to a single terminal, and up to 20 Gbps can be offered to a single hotspot site, such as a remote community, airport hub or sea port.

A screenshot of Telesat Lightspeed specifications via Telesat.

When the Thales factory is up and running, Thales plans to produce about one satellite per day. Thales will provide not only the space and mission segments, but also the end-to-end network performance and related specifications of the system.

“[Thales is the] world leader in delivering NGSO constellations,” Goldberg told Via Satellite Tuesday. “They build state-of-the-art satellites [and] they’re good at the other network elements. This is a very advanced, integrated network. We wanted a partner who could deliver more than just high-performing, advanced satellites — we wanted somebody who could deliver a high-performing, integrated, end-to-end network. They’ve got a really good track record on that with Iridium and the work they did for O3b.”

The deal is a win for Thales, the French-Italian aerospace manufacturer, which also developed GlobalStar 2, O3b and Iridium NEXT. Thales Alenia Space and joint venture Telespazio also made a capacity commitment on Lightspeed, the details of which were not disclosed.

“Telesat’s Lightspeed constellation will be at the highest level of global space connectivity. I am happy with the selection of Thales Alenia Space as industrial prime contractor for this ambitious project supported by a strong partnership between France and Canada. This selection also illustrates the excellence of the French and European space industry,” Bruno Le Maire, French minister of the Economy, Finance and Recovery commented in a press release.

Tuesday’s announcement was years in the making, as Telesat first announced its LEO plans in November 2016, and put up a demonstration satellite in 2018. At that time in 2018, Telesat was targeting service in 2021.

According to the announcement, financing for the project is still being finalized, but the parties will advance on the project in the meantime. This comes after Telesat announced in late 2020 that it will combine with major shareholder Loral Space & Communications to form one public company to finance the constellation. Goldberg said Tuesday the close of the deal does not need to await a stock market listing. He expects a public listing at some point over the summer.