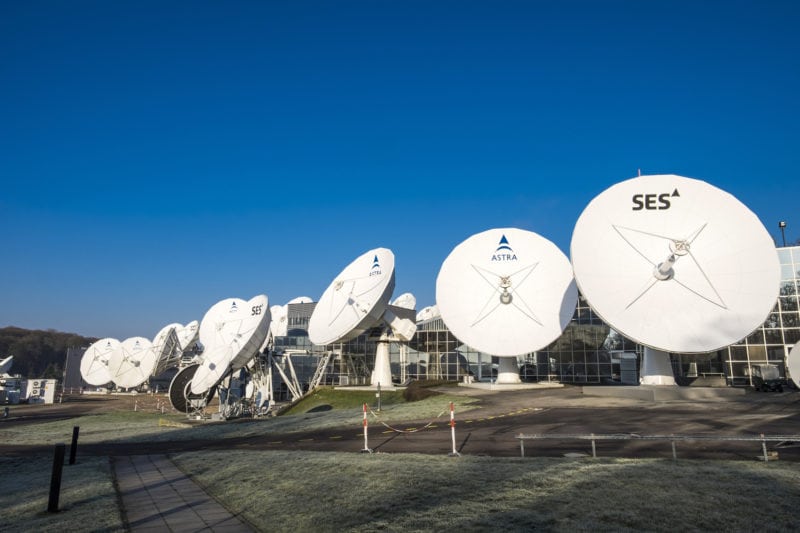 SES and Intelsat both elected on Tuesday to clear a portion of the C-band spectrum in the United States in line with the FCC’s accelerated timeline in order to receive accelerated relocation payments.

These filings come in advance of the FCC’s May 29 deadline. The FCC voted on Feb. 28 to repurpose the C-band spectrum for 5G deployment. Satellite operators are required to clear the spectrum, and the FCC will hold a public auction for licenses to that spectrum, starting Dec. 8 of this year. Satellite operators with licenses for the spectrum will receive both compensation for the cost to relocate the spectrum and accelerated relocation payments to incentivize them to clear the spectrum quickly, $9.7 billion total, divided between Intelsat, SES, Telesat, Eutelsat, and Star One.

Intelsat is eligible to receive $4.87 billion, about half of the total payments, and SES is eligible for up to $3.97 billion.

Intelsat, which filed for bankruptcy earlier this month, said at the time that its desire to receive accelerated relocation payments was a driver for the company to restructure its balance sheet. In a Tuesday release, Intelsat said it has created a comprehensive transition plan to meet the requirements of the FCC order. The operator also petitioned the FCC, requesting that the Commission make limited technical changes to the C-band order in order to mitigate post-transition interference and protect certain satellite control transmissions.

“We embrace America’s drive to adopt 5G and recognize the important role that Intelsat will play in accelerating the clearing of the C-band spectrum to ensure the U.S. maintains its leadership in 5G and other advanced telecommunications technologies for decades to come,” Intelsat CEO Stephen Spengler said.

The SES Board of Directors has approved an investment envelope of $1.6 billion to procure and launch new satellites, and other equipment and services. SES expects these costs to be reimbursed in addition to the accelerated relocation payments. The satellite operator, which is headquartered in Luxembourg, said it intends to place the vast majority of the clearing investment with U.S. suppliers.

“From the outset of this proceeding, SES has supported accelerated clearing of a portion of the C-band spectrum, as well as the Commission’s objective of quickly driving 5G leadership with the use of this spectrum while also protecting the spectrum’s current users,” SES said in Tuesday’s statement.

In addition, SES said it opposes the potential sunsetting of its 300 MHz C-band rights by December 2025 in the unlikely event that accelerated clearing does not proceed as outlined in the FCC’s order. SES said as a “strictly precautionary measure,” it will file a petition for review to preserve its rights should the accelerated clearing option no longer be available.