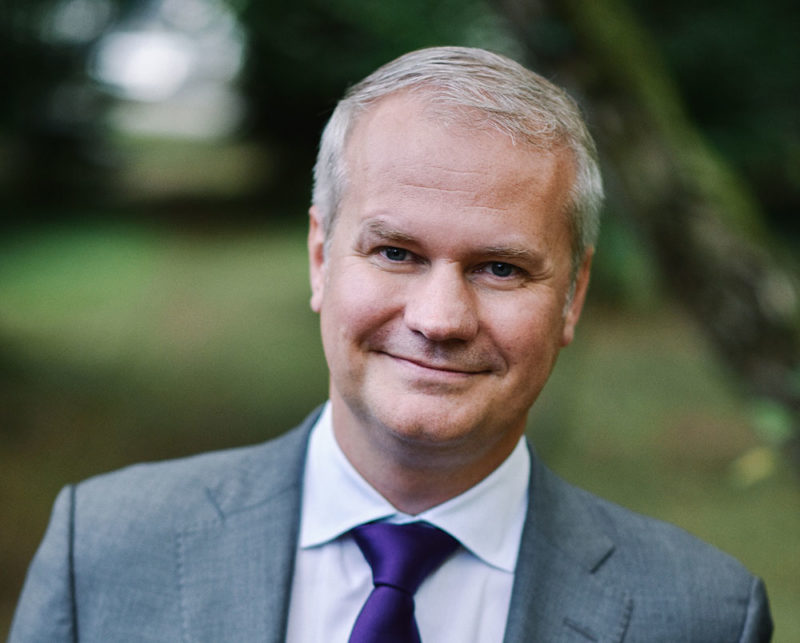 SES is hoping it will see significant growth in the networks side of its business over the next few years. This would show that satellite operators could grow revenues away from traditional broadcast — which has been the oxygen of operators, like SES, for a number of years. Now that Steve Collar has become the chief executive officer of SES, the onus on making SES Networks a success is now John-Paul Hemingway, who was officially appointed chief executive officer of SES Networks in April. Via Satellite recently sat down with Hemingway to talk about his aspirations for SES Networks, as well as how satellite operators can play in new markets and become part of the communications mainstream.

VIA SATELLITE: How do you feel about being the CEO of SES Networks? What are the new markets you see on this new side of the operator’s business?

Hemingway: Being the chief executive officer of SES Networks means a lot to me because we have so many people who are incredibly passionate about bringing new opportunities to our customers and their end users, and that’s really exciting not just for me, but for the entire company.

We have people whose job is to really understand end markets, end customer needs, and spot new opportunities when they come along. Everyone in the industry has been focused on aviation, government, and maritime, and these too are big growth markets for us. In particular, the government market has embraced some of the high performance Medium Earth Orbit (MEO) solutions we have. Our government customers want to have a very secure, trusted, and high performance connectivity that enables them to relay High Definition (HD) surveillance footage back to data centers for analysis.

At the same time, we are paying a lot of attention to our fixed data business comprising telcos, MNOs, cloud, and enterprise. Some of the more exciting work we are doing is in the cloud space. Cloud connectivity is something we all use daily. Our ambition is to enable the same access we take for granted in big cities, take that cloud connectivity model and push it out into areas that don’t typically have cloud connectivity. We want to empower communities and businesses with high performance, low latency satellite-based connectivity so that they, too, can work toward digital equality.

We are working on certifying our access to the big cloud providers so that an end user will be able to use the apps and access various productivity tools, and enjoy the same quality of experience wherever he or she is.

VIA SATELLITE: That has been a common theme about making satellite more mainstream. Yet, satellite seems to be playing where it always played, like aviation and maritime. Where is the evidence it will be part of the mainstream?

Hemingway: The evidence lies in the good work we have been delivering for our telco partners around the world and how we have helped them extend their networks off-net — seamlessly.

For example, one of our customers, Telstra, has a really strong domestic Multiprotocol Label Switching (MPLS) network and they sell a fully managed Information and Communications Technology (ICT) solution on that network. But what if they want to connect that same ICT/MPLS network — running over satellite — to reach remote mining industries or remote communities they want to get to?

In the past, you would have had two suppliers providing you two separate solutions —your core network here and an off-net solution. Not anymore. Ever since SES Networks attained the Metro Ethernet Forum (MEF) certifications that our telco partners are used to, we have been able to embed ourselves into a telco standard operation and offer a seamless certified end-to-end circuit.

Telcos served by SES Networks can now sell an Ethernet private line with additional Internet Protocol Virtual Private Network (IP-VPN) and managed ICT solutions. Going back to the example I mentioned earlier, Telstra can now say their end-to-end off-net service is fully MEF certified, and this competitive edge over other telcos is a big thing. What sets us further apart is that SES Networks is the only satellite-based service provider to be MEF-certified. The quality of service we can guarantee is very much appreciated and welcomed not just by the telcos, but by our government and upper-end enterprise customers.

VIA SATELLITE: How many telcos are you working with?

Hemingway: We work with many telcos around the world, including seven out of the top 10 telcos by revenue, providing different services for each one of them. We are advocating the same service on Telstra — with a number of those other telcos — and extending their standard MEF offerings. We are a member of the MEF and they want satellite to be a part of it, as they understand how satellite can be more relevant to the telco industry.

VIA SATELLITE: You have been working with seven out of 10 major telcos, but how big a revenue piece is that for SES?

Hemingway: SES Networks contributes approximately a third of SES’ revenues. That’s distributed among our fixed data, mobility and government business. Our telco business is an important component in our fixed data business, and makes up a third of that business.

Today, aerospace and government are the strongholds of satellite, and we are in the middle of big end user consumption. In terms of data, the strongest growth is in fixed data, although we do recognize that the whole telco industry has to deal with the challenge of price erosion.

VIA SATELLITE: How big can the Networks business get within SES?

Hemingway: SES’ video business is good and solid with stable, long-term contracts. We have the expectation that Networks will absolutely be the growth engine of SES. We expect to be an equal revenue contributor — if not more — over the coming years. We are expecting year-on-year double-digit growth, and are looking to double the business over the next five years.

VIA SATELLITE: Are there any other verticals where satellite does not play now, where you can see it having an impact?

Hemingway: The cloud industry is looking to grow its addressable market and is focusing on areas that are at the edge of their networks. Leading global cloud players are extremely interested in the agriculture, oil and gas, wind farms, energy, and mining markets where their big focus — from an enterprise perspective — is big data and Internet of Things (IOT) applied to those industrial markets. These agriculture, energy, and large scale manufacturing sites are typically based in fairly remote locations, have platforms that they put out to the edge, and have small compute nodes. For example, IBM has Watson whereas Amazon has Greengrass. They have these applications that sit at the edge and do local computing of local data. But their real power emerges when data speaks back to the main Artificial Intelligence (AI) engine to the cloud and optimizes the algorithms locally, indicating that “this is what is happening now,” enabling decision-making process to happen concurrently at the head offices.

Having remote cloud, smart devices speaking to the main cloud is an interesting market for us. Through multiple conversations with the leading cloud players in the world, we have gained a fairly good understanding of how they work, what kind of connectivity they need — whether it is real-time, quasi real-time — so that we can optimize our offerings and connect these devices to the edge. We need to be part of the ecosystem that would see a local telco provider, a [larger] telco provider, and satellite provider work closely together, as such cooperation is the best way to accelerate the path of digital transformation.

It’s still early days, but early discussions have shown that satellite’s strengths have resonated well with some of the key players in the cloud connectivity space, and we are definitely looking forward to playing a bigger role here.