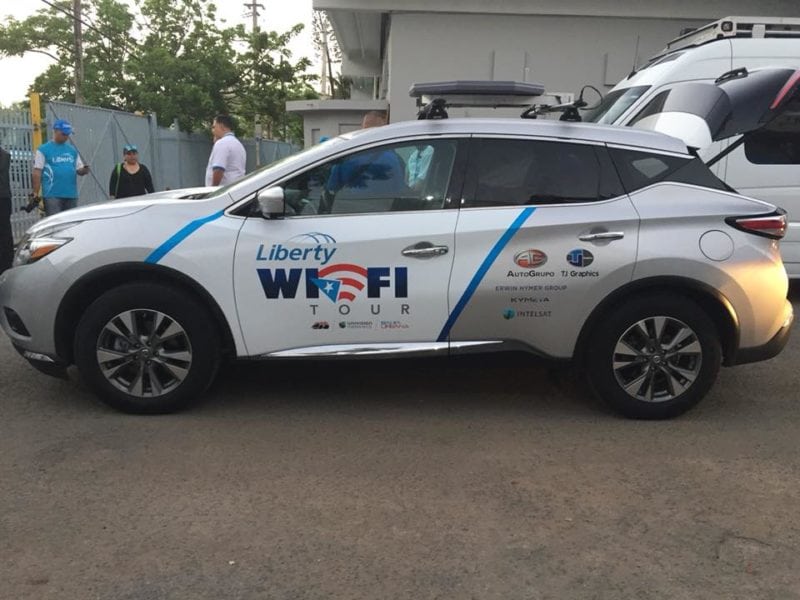 Next-gen antenna manufacturer Kymeta has partnered with local telecommunications providers to offer relief services throughout Puerto Rico, which is still reeling from Hurricane Maria’s devastation six weeks after its arrival. The island’s most devastating storm on record has left Puerto Rico in the midst of an elongated humanitarian crisis, with more than half of the territory’s cell sites still out of service and the majority of its residents without power, according to the Federal Communications Commission (FCC).

To help residents reconnect with the outside world, Kymeta has equipped a trio of vehicles provided by Liberty Global with its flat panel satellite terminals. Over the next two months — but perhaps longer depending on the need, Kymeta Chief Executive Officer (CEO) Nathan Kundtz said — the vehicles will voyage to impacted towns across the island, setting up free Wi-Fi hotspots for local residents.

“What we’re finding is there is a big discrepancy between the rate of improvement in some of the major cities and the outlying areas. So we’ve been focusing our attention to those areas that are somewhat more rural and not as readily accessible,” Kundtz said. “A lot of the media has been coming out of San Juan, so you see signs of recovery there that aren’t necessarily paralleled in other parts of the island.”

Elsewhere, despite exhaustive efforts from first-responders, civilians continue to struggle for resources as basic as food, medication and clean water. Media images have illustrated a treacherous landscape, with downed trees, mudslides, potholes and abandoned vehicles restricting access to some of the areas most heavily impacted by the storm. Director of advanced research and development for Erwin Hymer Joe Raetano, who is documenting the group’s journey across the island on his blog, described the scene as “jaw-dropping.”

“The only thing that is up and running are the automatic tolls. I mean, what kind of a sick joke is that?” he wrote on Oct. 26. 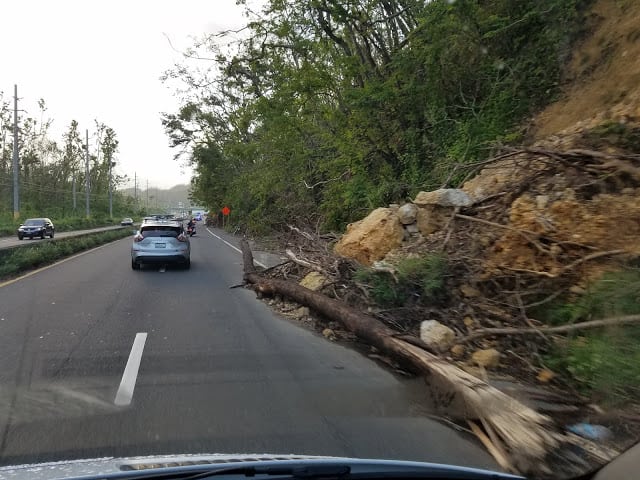 Kymeta and partners will travel across the island until the end of the year. Photo: Kymeta.

For the past week, however, Kymeta’s team and its partners have successfully navigated to hard-to-reach towns across the island, providing critical services to those with no access to cellular connectivity. “We’ve already affected several thousand people,” Kundtz said. “That’s going to continue as we take these much-needed services to some of the most remote and hardest-hit areas of Puerto Rico.”

One of the most notable upshots has been the influx of successful Federal Emergency Management Agency (FEMA) aid applications. FEMA workers have used the connectivity to guide residents through the arguably complex application process, which gives them a chance at receiving compensation for the loss of their homes and more. According to Raetano, Kymeta has facilitated more than 400 claims. “This is so much faster and precise than paper versions of claims where tracking can get lost or misplaced,” he said.

According to Kundtz, the connectivity has also allowed residents to withdraw money from popup ATMs, make phone calls to far-flung relatives, and receive medical attention and prescriptions. In total, Kymeta intends to make pit stops in almost 30 rural communities during its eight-week tour of the island.

Intelsat, a major investor in Kymeta and the partner for its Kalo service, has donated high-throughput bandwidth for the relief effort via its Epic constellation and managed services platform. According to Intelsat, this combination delivers connectivity of up to 20 Mbps forward and 1Mbps return. Kymeta’s mTenna terminal design is a fairly new architecture, using electronically steered arrays to stay connected to satellite while on the move. The relief effort seems yet another proof of concept that the technology can be widely adopted for the connected car and other mobility markets.

Other American tech companies that have also devoted resources to relief efforts include Alphabet, which is deploying stratospheric balloons for wireless communications, and mobile operators such as Verizon and AT&T, which are offering free roaming.

“We find ourselves in a position in which the work we do every day can be useful to people that are very much in need,” said Kundtz. “And so we found a way in which we could [positively] impact the lives of some of the folks in Puerto Rico, and we’ve done what we could to support that effort.”