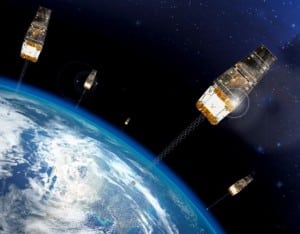 [Via Satellite 01-27-2015] Orbcomm’s acquisitions of SkyWave and InSync bring to eight the number of acquisitions it has conducted since 2011. SkyWave, formerly Inmarsat’s largest reseller in the Machine-to-Machine (M2M) market, was Orbcomm’s biggest acquisition of the eight, for $130 million. Through its Merger and Acquisition (M&A) activity, Orbcomm has transformed from mainly focusing on satellite connectivity to including device management, customized hardware, and applications.

“For many months we have been highlighting the transition Orbcomm is making to a solutions-oriented provider. This migration should accomplish a few things including higher [Average Revenue Per User] ARPU, increased growth, a larger addressable market, and mitigate the risk of launch delays and satellite failure of the new constellation,” Jim McIlree, senior analyst at Chardan Capital Markets wrote in a research note.

The SkyWave acquisition grafted in 250,000 subscribers for Orbcomm. The company is now the largest M2M service provider on Inmarsat’s L-band satellite network, with an estimated annualized $60 million in revenues.

InSync, a smaller acquisition announced this month, brought Orbcomm customers such as Bayer, Dole Foods and Gates Rubber. Purchased for $11 million, Orbcomm expects it will help it expand its product solution for global asset tracking.

“Now we provide a whole host of technologies, and we think to be successful in this space you have to do everything, and we are vertically integrated that way,”Robert Costantini, chief financial officer at Orbcomm, said earlier this month at the 17th Annual Needham Growth Conference.

Costantini said a primary reason for these acquisitions is to buy technology that gets in front of customers, giving them a reason to pursue Orbcomm’s M2M solutions. He also stressed Orbcomm’s desire to further use partnerships between other satellite companies such as Globalstar and Inmarsat.

“Not any one satellite network is an all cases for all customers, so you are asking people to build a system four times. It doesn’t make sense to us, so if we can bring together the most relevant partners in the satellite space, have people build applications that are Orbcomm-specific, we’ll handle the transport on any network,” he said.

Inmarsat and Orbcomm are currently working together on modems. Through SkyWave, Orbcomm will also be able to leverage its IsatData Pro (IDP) solution, which is jointly owned with Inmarsat, and enter new markets such as Eastern Europe and parts of Asia.

“Our competition by and large is really the terrestrial carriers: the guys who are building units in the millions as opposed to the hundreds of thousands. We’ve got to be able to match that scale the best way we can,” explained Costantini.

Increasing scale is Orbcomm’s next major phase of development, according to Costantini. With OG2 service activated and the next launch coming up this year, Orbcomm is strategizing on ways to bring more satellite services to M2M, rising to be one of the market’s main competitors.

“Post the SkyWave acquisition Orbcomm will be a significant player in the M2M space,” wrote McIlree. “Currently, Numerex has 2.4 million subscribers, ARPU of $2.42 and 60 percent service margins. FleetMatics has 523,000 subs, $39.41 ARPU and 75 percent service margins. Pro forma for the deal, Orbcomm’s total subscribers will exceed 1.2 million, about 850,000 using the company’s constellation and the remaining 350,000 on Inmarsat and terrestrial networks with a combined ARPU of $6.35 and service margins of 65 percent.”