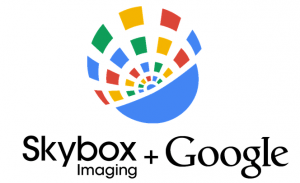 [Via Satellite 06-10-2014] Months of rumored interest have proven true: Internet giant Google has officially entered into an agreement to purchase Skybox Imaging. The $500 million price tag falls shy of the estimated $1 billion that the imaging company was speculated to go for, but still represents Google’s high level of interest in the company.

In a statement, Google said the Skybox satellites will assist in keeping Google Maps accurate with more up to date imagery, which Google currently purchases from DigitalGlobe. The acquisition means Google would no longer need to buy the imagery from an outside source. The Skybox team, which until now stayed very quiet about the acquisition gossip, said that they felt it was the right time to pursue even bigger projects.

“Skybox and Google share more than just a zip code,” the Skybox team said in a statement. “We both believe in making information (especially accurate geospatial information) accessible and useful. And to do this, we’re both willing to tackle problems head on — whether it’s building cars that drive themselves or designing our own satellites from scratch.”

Skybox is in the process of building and orbiting a constellation of 15 satellites, a reduction from the originally planned 24. SkySat 1, the company’s first satellite, has been in orbit since 2013. SkySat 2 is slated to launch on a Soyuz rocket later this month, and SkySat 3 — the first propulsive SkySat — is planned for liftoff later this year. The next six are scheduled to launch aboard an Orbital Sciences-built Minotaur C dedicated small satellite launcher in 2015. SSL is on contract to build the 13 yet-to-be-orbited satellites from SkySat 3 up.

The acquisition news struck DigitalGlobe’s stock, which quickly dipped, though the company’s upcoming WorldView 3 satellite is expected to provide a strong revenue boost. Most of DigitalGlobe’s business comes from the government, but rising imagery start-ups have brought attention to the commercial side. The entrance of WorldView 3 could allow a DigitalGlobe to sell very high-resolution imagery to the government while pivoting to address the low end of the company’s market by using older satellites. Lockheed Martin Commercial Launch Services is scheduled to launch the satellite in August 2014.

“Revenues from Google, we believe, is about 3 percent of current revenues and much less when WorldView 3 launches and achieves operational capability,” Jim McIlree, analyst at Chardan Capital Markets wrote in a research note prior to Skybox’s acquisition. “When WorldView 3 is launched, much of its capacity will be devoted to the U.S. Government, but imagery from the company’s older satellites could become available to compete more effectively against the lower resolution offerings of Skybox, Planet Labs and Urthecast.”

Google hopes that Skybox will be able to do more than just provide imagery, however. The purchase is also part of the company’s plan to expand the reach of Internet access. Google said it wants Skybox to “help improve Internet access and disaster relief — areas Google has long been interested in.” The acquisition of drone builder Titan Aerospace fits well with a possible joint satellite-atmospheric Unmanned Aerial Systems (UAS) to provide Internet access to the world.

Google’s acquisition of Skybox has not yet fully closed. Until customary approvals and closing conditions, including the receipt of regulatory approvals are met, Skybox will continue to operate as a separate entity.