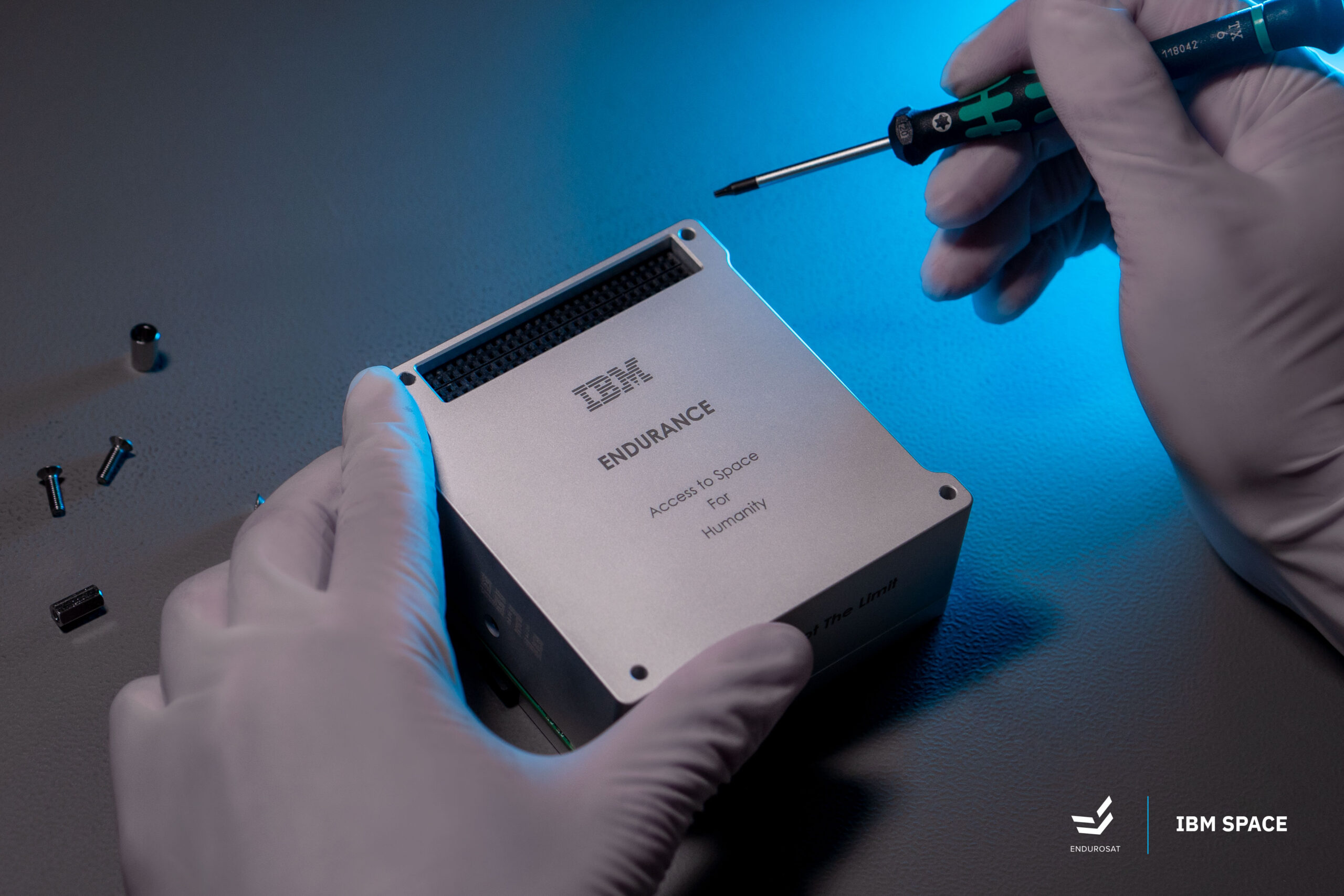 EnduroSat has teamed up with IBM and Red Hat for open source, hybrid cloud, and AI technologies on its satellite that recently launched as part of the SpaceX Transporter-5 rideshare mission. Earth observation and in-orbit Edge Computing payloads from IBM were integrated on EnduroSat’s nanosatellite Platform-1.

The partnership between EnduroSat and IBM is working to help developers and students process space data before it reaches the ground. IBM’s project, codenamed ‘Endurance,’ uses IBM’s edge computing in space solution. In a hybrid cloud environment, student participants will be able to securely host, access and push code on IBM Cloud, which will connect to EnduroSat’s Digital Mission environment, then a ground station, and ultimately, the nanosat. This is part of EnduroSat’s shared satellite service, which aims to provide entrepreneurs, scientists, and technologists easy access to space.

Five teams of students have been selected to work with the IBM development for this project. The teams are from P-TECH 535 in Rochester, Minnesota; Falcon Tech in Longmont, Colorado; Leeds City College in the United Kingdom; and two teams from National Taipei University of Technology in Taiwan.

“We are thrilled to welcome IBM onboard our Shared Sat Missions. We are excited to see the rapid data services deployment and the innovations that our partners are unleashing in orbit. The collaboration between EnduroSat and IBM is a major step in bringing space closer to users on the ground,” Raycho Raychev, founder and CEO of EnduroSat, said in a statement.