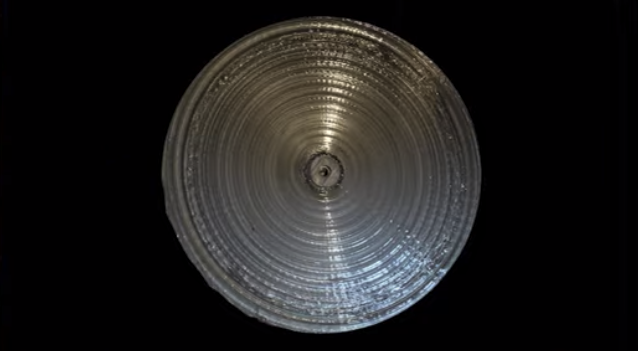 Mitsubishi Electric Corporation announced Tuesday that it has developed an additive manufacturing technology to 3D print satellite antennas in space. The novel technology uses a newly developed liquid resin with a low-power process that utilizes the sun’s ultraviolet rays for photopolymerization.

“The 3D printer extrudes a liquid resin that hardens into a rigid solid when exposed to solar ultraviolet rays. Using this technology, it is possible to manufacture a parabolic antenna that is both larger and lighter than a conventional antenna,” the company said in a video explaining the technology.

Mitsubishi Electric reported it printed a prototype parabolic antenna with a diameter of 165 mm and confirmed a gain of 23.5 dB at 13.5 GHz in the Ku-band. The company received a patent for the 3D printing technology and a second patent for the development of a resin that can be cured by the sun’s ultraviolet rays, even in vacuum.

The company said with this development a satellite’s antenna size does not have to be limited by the size of the fairing of the launch vehicle or the size of the satellite bus, which is currently a constraint. This could allow small satellites to achieve large-satellite capabilities.