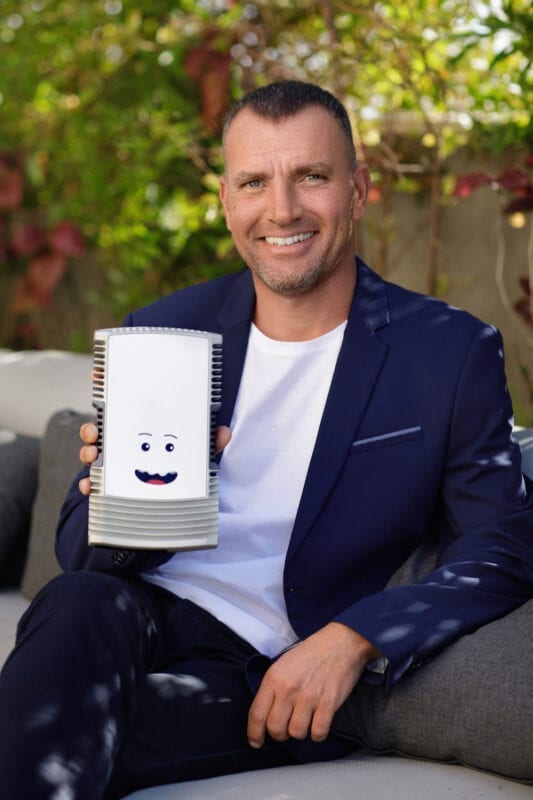 With so many new satellites being launched into Geostationary Orbit, Low-Earth Orbit, and Medium-Earth Orbit, (GEO/MEO/LEO), ground segment and technology providers face increasing pressure to develop systems that power new constellations. hiSky, established just under five years ago, is looking to meet the market’s demand with its new Smartellite system — a small and compact satellite terminal that is able to work across different satellites and bring a more efficient solution to customers. It aims to set a new standard of ground segment technology and services.

The company has spent the last three years designing and getting the Smartellite system ready for prime time. Over the last 12 months, the company completed the first phase of its system, putting hiSky in a position to enable satellite services at a low data rate between hiSky land terminals systems and a variety of GEO satellites. In this first phase, hiSky also completed the development of two small, light-weight terminals: one for on the move scenarios, and another for land-based scenarios. It also developed an in-house HUB MODEM system, and a Network Management System (NMS) for managing hardware and services in the field and at home. In the last quarter of 2020, hiSky delivered hundreds of terminals worldwide for early field trails.

It is an exciting time for the company as years of R&D are on the verge of bearing fruit. CEO and Co-Founder Shahar Kravitz does not have a satellite background. He comes from the telecommunication and defense world. Nevertheless, Kravitz has big ambitions for Smartellite system, which he believes could be transformative for the satellite industry. Here, he talks to Via Satellite about the unique characteristics of the system, the key reasons why satellite operators should consider working with hiSky, and where the company is headed next.

VIA SATELLITE: What makes the Smartellite system different from other companies targeting better efficiency in the ground segment? What are the three major competitive advantages of the system?

Kravitz: Since its inception, hiSky has been dedicated to a holistic system for the ground segment with the aim of providing efficiency, simplicity, and flexibility. In terms of efficiency the Smartellite system stands out in the following three ways: First, we have focused on the IoT/MSS [Internet of Things/Mobile Satellite Service] market, and developed a proprietary air protocol/waveform to support the most common scenarios with minimal overheads. Second, we have chosen to work with GEO Ku- and Ka-band satellites that enable a reliable, stable, global service while using the most affordable frequencies in the industry. Third, we have developed the entire system in-house, end-to-end, from the terminal in the field to the HBS (HUB MODEM) in the satellite operator’s teleport, and by using our own NMS and running our own advanced KPI’s we make sure the system works at its best 24/7.

VIA SATELLITE: The satellite industry is in a new era. The 2020s could see hundreds and thousands of satellites being launched. What do you see as the opportunity for hiSky?

Now, just as hiSky’s system works seamlessly with satellites in the GEO sphere, and soon also in the LEO sphere, so will be the case with these new and more advanced satellites. The ripple effect of all this will be a more cost-effective service offering, and the collaborations forged between hiSky and the various satellite companies will enable us to further improve our own products and services. Naturally, we have every intention of taking the opportunity to do so.

VIA SATELLITE: A lot of companies have talked about revolutionizing the ground segment, lowering costs, and providing better technology solutions. How will you back up your ambitions here?

Kravitz: The main revolution needed in the ground segment of satellite communication systems was to look at things from the user’s perspective. That is what hiSky did – beyond lowering the costs of both the terminals and services, we also developed a system that would be simple to operate — as is the case of cellular devices — and would free the end user from being dependent on a qualified technician for installation processes and small technical issues. Specifically, for our Smartellite Dynamic Terminal, we have developed state-of-the-art phased array antennas that are automatically steered to the satellite and work perfectly on the move, even in very rough environments. We have also developed a mobile app that provides the user with details of his terminal’s status on the field. To-date, feedback on the hiSky system, from both professional and unskilled users, has been exceptional.

In addition, one of the issues in this area has always been the price of RFIC [Radio-Frequency Integrated Circuit]. hiSky has established a strategic cooperation with Anokiwave, which develops, produces, and markets millions of units each year, worldwide. This cooperation ensures our components are both advanced and attractively priced.

But besides all this, from day one the hiSky system was designed to cost, which enabled the manufacturing of terminals for only a few hundred dollars. The gap, between cost and technology and usability is well known in the industry, and hiSky has already closed the gap and solved the problem. As soon as LEO constellations are in place, our systems will know how to connect to them, and will be able to provide tens of megabytes of data transfer at rates that are affordable to the end user.

VIA SATELLITE: I know you already working with a handful of customers. When do you expect to sign a major breakthrough deal with a big GEO operator?

Kravitz: hiSky is currently in contact with some of the leading GEO satellite operators. I believe that over the next 12 months the necessary processes will be completed, and we will be able to launch a global service through them.

VIA SATELLITE: You are already working with the likes of Spacecom and Hispasat. What do you see as the deal flow for the company in 2021?

Kravitz: hiSky has been in excellent contact with these and similar satellite operators since its inception. As initial phases required much testing, both technical and commercial, to characterize and refine hiSky’s product, we see these companies as partners. Today, we are working together on several projects, some of which are quite innovative in the field and will certainly pave the way for more.

VIA SATELLITE: You also did a partnership with ST Engineering iDirect. Are you looking for further partnerships with satellite technology players?

Kravitz: We do have a unique strategic partnership with ST Engineering iDirect, and the connection has greatly strengthened hiSky. In the coming years, we will continue to look for partners, but not necessarily in the area of satellite technology. We are interested in providing our customers with end-to-end solutions, and so we seek partnerships with providers of various IoT applications such as, fleet management, agriculture, utilities, etc. We’re also engaged with cellular operators who will enable us to provide customers with a hybrid solution.

VIA SATELLITE: By the end of 2021, when hopefully we are all back to some degree of normality, where do you hope the company is positioned in the satellite sector? What would represent a good year?

Kravitz: Together with the rest of the world, we too are looking forward to getting back to normality, and although our challenges are many and varied, by 2021 we hope to be renewing our service and continuing development of new technologies. I believe our success will be measured commercially, technologically, and operationally. Commercial success would be proven by being deeply rooted in the market, with a strong market share and additional signed agreements with global satellite operators. This will allow us to provide our services globally, as of 2022. Technologically, I believe that in 2021 we will be demonstrating our ability to work with both GEO and LEO satellites, using the same ground terminal system. We are also developing additional terminals, which will better position us in the market and provide further added value to our partners and customers.

From an operational perspective, 2021 will see the establishment of dedicated production lines and the start of mass production.

VIA SATELLITE: What were the challenges of coming into the satellite sector and trying to implement such a change, not coming from a satellite background?

Kravitz: I think the fact that we didn’t have the right background was an issue, but beyond that – we brought an innovative, breakthrough idea to a conservative audience, and they found it difficult to swallow. We were a new player in a traditional industry. Despite presenting a clear plan on how we would achieve our vision, there was still much doubt on the part of large, veteran bodies and an endless list of questions before we could move forward with any significant process. They didn’t make it easy for us, but once they understood the idea and the immense potential of our technology, not only for advancing the industry but to them as well, things changed. Over the past two years attitudes have changed, and today we are very much sought after by the entire industry.

VIA SATELLITE: If I am a CEO of satellite operator, large or small, what can hiSky do for me? Why should I work with hiSky?

Kravitz: Our system will increase revenues from your existing infrastructure. Because our network can work as a network within a network, you will enjoy the benefits without needing to make any changes on your end, and with only a very minimal investment. A cooperation with hiSky will allow your company to increase its number of users and develop into market segments that don’t, or rarely, use satellite communication. Our system enables the operation of thousands of terminals under a single frequency, and by going into a revenue share model with hiSky, you will significantly increase revenues per megahertz.

VIA SATELLITE: Has COVID had any impact on the company in terms of either customer contracts or building up the technology for the system?

Kravitz: With the exception of the general atmosphere we work in, hiSky hasn’t felt any significant changes in the face of the pandemic. As a matter of fact, over the year we have received orders for thousands of terminals and have supplied hundreds to customers across the world. I think it’s still too early to assess the pandemic’s impact on the market, but I am convinced that it has strengthened and emphasized the importance of communication in the world — between people, but also between systems, and the critical existence of reliable, affordable, convenient, and simple to operate communication channels. hiSky provided a solution for all these parameters well before COVID-19 hit the world.