5G is the Rainbow: Industry Must Find the Pot of Gold 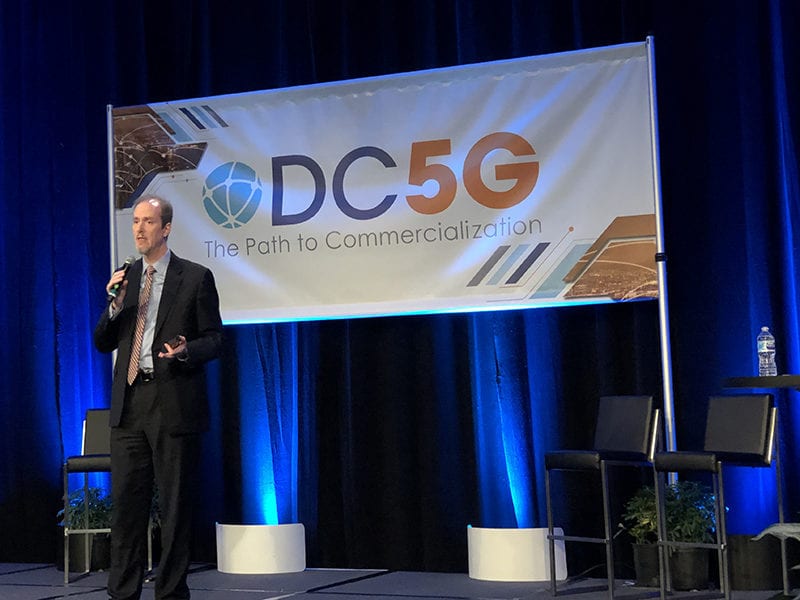 While the pot of gold isn’t quite materialized yet, the consensus here is that 5G exists on the rainbow — and the satellite industry is sitting on a pot of gold with its mid-band spectrum resources.

So, what exactly is 5G? It was the burning question on the minds of nearly everyone in the room on the first day of DC5G 2018. Samsung Senior Vice President (SVP) of Public Policy John Godfrey kicked off the first day of the conference with a keynote titled “What is the Killer Application for 5G?” Spoiler alert: there will be many applications but most are unsure what they will be, considering many 4G developments only came about years post-deployment. But there are many exciting, new applications that are already in the works for 5G, and are currently being deployed.

Godfrey defined 5G as the next generation of communications technology. This technology began with the first generation of analog, then moved to the second generation (2G) which enabled cellphone and Short Message Service (SMS) capabilities. Then came along 3G which enabled mobile internet connectivity, and 4G made this faster. 5G not only adds higher speeds to 4G connectivity, but also adds Internet of Things (IOT) and smart city functionality on a neighborhood, national, and even global scale.

When it comes to the next generation of communications technology, 5G Americas President Chris Pearson succinctly puts it, “we are moving from transactional processes, to a transformational process.” Godfrey furthers this explanation, stating that “high data rate, device density, and low latency is what will make 5G transformative.”

As transformative as the technology may be, there needs to be a realistic business case for investment from the private sector, which is how much of 5G deployment will be funded. “You need return on that investment. You can’t deploy it coast to coast yet. The key is to match use cases with the scale of deployment. 5G is flexible, and can be deployed on multiple scales,” Godfrey said. Verizon saw a business case by deploying 5G in 4 cities around the United States in October. Samsung has been installing “child backpack-sized” base stations containing 1,024 antenna elements forming an electronically steerable beam, directing the communications path to the customer’s home — with the ability to bounce around buildings to avoid obstructions. With more discrete and sophisticated base stations, an added benefit to 5G infrastructure is decreased visual pollution.

But what will 5G look like? “A combination of your device and services, together,” he explained. “To bring this to life, you need big data analytics. You need cloud computing to help with natural language understanding and security in the cloud … But we are mobile beings. You need a network that can connect you everywhere you go. 4G is not up to the task to processing all this data and enabling all this cloud computing. 5G has the capabilities that are going to bring it to life.”

Bringing 5G to life can be taken quite literally in its applications in healthcare — which is just one of the many industries it can be utilized in. From Virtual Reality (VR) therapy as a non-opioid alternative to pain management to telemedicine, 5G’s high data rate can enable the data transfer needed for these critical applications.

Additionally, low latency makes 5G beneficial for the transportation industry, in the case of the connected car. Data latency rates can decrease from 10s of milliseconds to a single millisecond, which may seem like a negligible amount, but “10s of milliseconds could be multiple car lengths, and this could be the difference between getting in a crash or not,” Godfrey added.

Applications are endless, but some others include wireless backhaul, precision agriculture, remote sharing of data, high resolution video, smart factories with IOT sensors, improving the sports entertainment experience, etc. But with all things considered, what is the killer application for 5G? “No one knows. But we know that it’s going to be great,” Godfrey said. “5G is not the pot of gold at the end of the rainbow. 5G is the rainbow. We need to go out together and find the pot of gold,” he concluded.