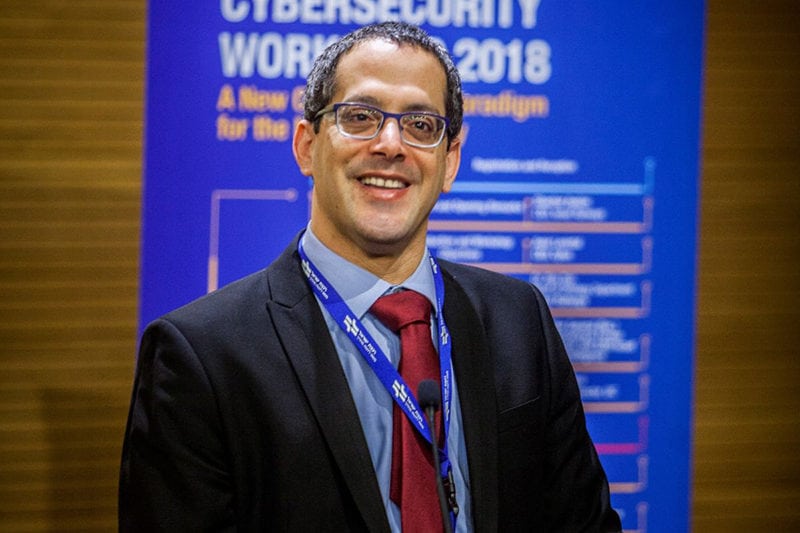 Connected transportation may be a key target market for many major satellite companies, but this is also a market likely to be targeted by hackers. A compromised connected car, train, ship, or aircraft would make global headlines. As satellite companies become immersed in this sector, they must pay attention to the growing security threats that these companies face. Via Satellite recently caught up with Amir Levintal, Chief Executive Officer (CEO) of rail cybersecurity firm, Cylus, to talk about the potential threats that these companies face.

Levintal details a scary scenario of what could happen if a train company becomes compromised. “A network exists linking the locomotive with other rail cars,” he said. “So, if a hacker succeeds in penetrating the network on the train via the passengers’ Wi-Fi for example, they can do things like disable the braking system or send commands to the railway’s central computer. If a train is going around a curve and its speed is limited to 30 miles an hour, hackers could force the train to run at higher speeds and cause a derailment. This is one possible scenario.”

It is a frightening scenario and one previously thought of as part of science fiction, and not part of real life. Levintal also believes rail companies could be slower to respond to threats compared to other connected transportation companies. “The real problem and real difference between this mode of transportation compared to maritime and aviation is that the rail network is distributed and covers vast distances, which makes it highly complex — based on wireless communication between waysides and trains. With passengers everywhere — on the trains, near the tracks, etc. — it is a very complex task indeed to secure the network, and without visibility or security measures, it is impossible to detect a cyber-attack in its early stages — which could very well have a huge impact on trains considering that they are running at high speeds,” he said.

The train industry is also one in which satellite companies will look to play a part in, both in terms of the passenger experience and on-board operations. So, just how seriously are rail companies taking the cybersecurity threat? “We have spoken to a lot of rail companies, and we think there is a growing awareness of the need for cybersecurity, but there is not enough of a sense of urgency,” Levintal said. “Rail executives understand that their network might be compromised, but I think they also need to understand that these are not futuristic scenarios — these types of things could happen tomorrow. There are some rail companies which take this danger very seriously, which are taking steps to mitigate these threats.”

Trains, like connected cars, are becoming ever more complex pieces of equipment, as train companies aim to integrate more and more technologies into the same network. “The railway system is controlled more and more by computers, and this will only increase in the near future. We will see fewer conductors, for example. We will see computers that control a wide array of functionality in our trains. We also have trains which cross borders, so there will be more and more networks being shared amongst various countries. I think in the near future, we will see more connected trains and more digital technologies on the trains themselves and in the service of passengers. Rail companies will make serious efforts to try to improve both the safety and availability of trains as well as the overall passenger experience,” Levintal said.

While Levintal admits he is no expert on satellite communications, I asked him about the potential cyber-threats satellite companies could face. “There are two ways to attack satellites,” he said. “First is to use electro-magnetic transmitters that can penetrate the satellite beam. The other is to penetrate the computer that controls these types of communications. The main problem we are talking about is public communication in safety critical networks. These could be exposed in the public side of networks.”