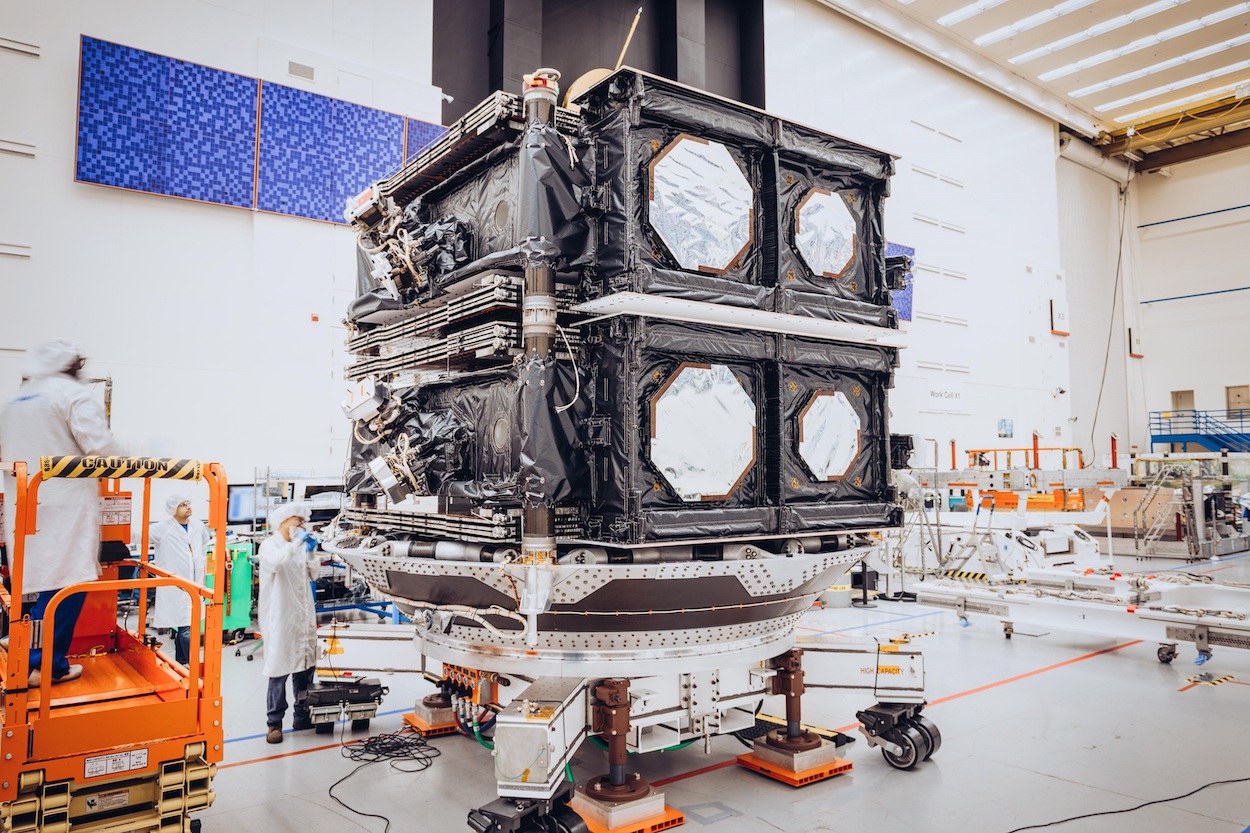 Boeing has delivered the first two O3b mPOWER satellites for SES ahead of launch, Boeing announced Monday. The satellites are now in Florida being prepared for launch. SpaceX is set to launch the satellites no earlier than Dec. 15, SES confirmed to Via Satellite on Monday.

The satellites are based on Boeing’s 702 platform. They also have custom solar arrays built by Boeing subsidiary Spectrolab designed to withstand radiation and Medium-Earth Orbit (MEO), and the 702X software-defined payload with more than 5,000 steerable beams per satellite.

Boeing is contracted to deliver 11 O3b mPOWER satellites and the manufacturer said that it is working on production, integration and testing of the remaining nine spacecraft. Two further launches are scheduled for the first quarter of 2023, and the constellation will enter service in the third quarter of 2023, according to SES.

“SES approached us with a vision to create global equity, by providing people with high-speed connectivity where it wasn’t economically or physically feasible to build fiber infrastructure,” said Jim Chilton, senior vice president of Space and Launch at Boeing Defense, Space & Security. “We partnered to create a super computer constellation in space to meet that goal, and we can’t wait to see what SES does as the 702X platform’s first user.”