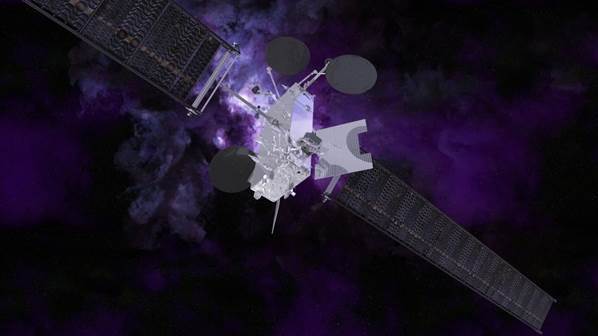 The satellite, based on Thales’ pace Inspire product line, will offer a high level of flexibility in terms of coverage, bandwidth allocation, and power levels, aims to serve Eutelsat’s B2B customers for its Advance backhauling, enterprise, government, aero, and maritime solutions. It will also be able to accommodate joint GEO-LEO (Low-Earth Orbit) services.

“The uniqueness of a Flexsat makes it particularly convenient to optimise capacity and reconfigure services during the satellite’s lifetime, depending on applications and coverage areas. This new satellite will further underpin Eutelsat’s growth strategy aimed at addressing the booming connectivity segment and it is also able to support joint GEO-LEO services. We are delighted to partner once again with Thales Alenia Space, and proud to be among the first customers of the innovative Space Inspire product line,” Eva Berneke, Eutelsat’s CEO, said in a statement.

This is the fifth Space Inspire GEO order for Thales this year, other customers are Intelsat with two satellites, SES, and Arabsat.