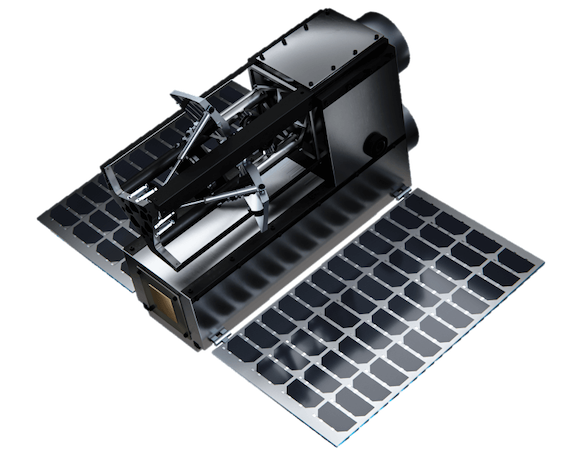 A rendering of SatRev’s flagship project currently in development
– a constellation of 1500 6U cubesats. Photo: SatRev

Polish space company SatRev is partnering with a local economic entity to build Poland’s first nanosatellite factory in Legnica, Poland. SatRev announced the partnership with Legnica Special Economic Zone on June 6. SatRev specializes in the design, manufacture, and mission operation of optical satellites and space programs for Earth observation. The company plans to build a constellation of more than 1,000 satellites, and said this facility will increase production for the constellation.

Per the agreement with the economic zone, SatRev intends to be the world’s first satellite manufacturer that uses 100% energy obtained from renewable sources in its production process. Once requirements have been met, SatRev will receive public aid for the factory.

“By 2026 we plan to create a constellation of 1,000 Earth Observation satellites. To achieve this goal, we needed a place to increase our production, and we found the needed support in the Legnica Special Economic Zone. The cooperation agreement is the next step in the development of both the company and the Polish space sector,” said Grzegorz Zwolinski, CEO and co-founder of SatRev.

Preparation for the factory project is nearing completion. The next stage will involve acquiring land, financing, and selecting a contractor.

SatRev also has a strategic partnership with Virgin Orbit to develop business applications for nanosatellites, and Virgin Orbit invested in its Series B funding round last year. SatRev was a customer on Virgin Orbit’s first commercial mission, the Above the Clouds mission, and upcoming launch from Spaceport Cornwall this summer.