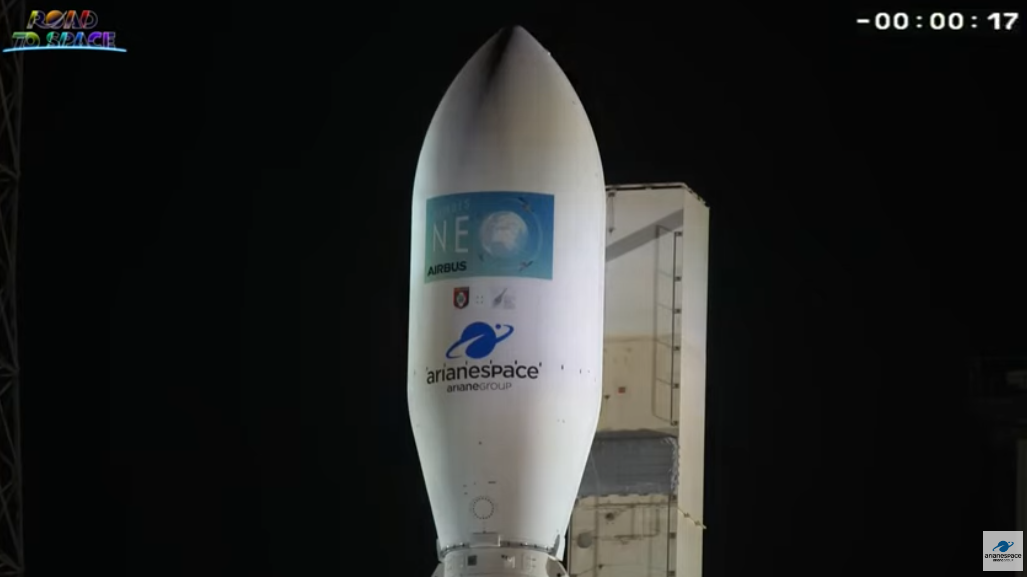 The payload fairing for Arianespace Flight VV22, which failed. Photo: Screenshot via Arianespace

Arianespace CTO Pierre-Yves Tissier described the Dec. 20 mission, Flight VV22, from French Guiana in a Wednesday press conference. The first stage ignited nominally, and stage separation was successful. The second stage Zefiro 40 engine ignited, but then there was a sudden decrease in pressure.

French space agency CNES, the launch safety authority, gave the order to destroy the launcher, and the rocket fell into the ocean safely, Tissier said.

Arianespace has recovered all data from the mission, and Tissier said the failure seems to be limited to the Zefiro 40 engine. The Zefiro 40 is a new second stage engine for the Vega C rocket, built by Vega C prime contractor Avio.

Arianespace and the European Space Agency (ESA) have appointed an independent inquiry commission to analyze the failure and identify measures to safely and reliably resume Vega C flights. The commission will be made up of independent experts.

Arianespace CEO Stéphane Israël stressed the Vega C failure does not impact the Ariane 5 and Ariane 6 programs. Arianespace has two more Ariane 5 launches, and the first Ariane 6 flight is set for the end of 2023, Israël said.

Stefano Bianchi, head of flight programs at ESA Space Transportation, spoke about the failure and resolve to restore Vega C to flight.

“We had a flawless flight five months ago, now we have to face a failure, which hits us heavily. As ESA and with our partners, we should do whatever is needed to go back to flight in a safe, robust, reliable manner,” Bianchi said. “Europe needs Vega and needs a launch which works each time for the European [space] industry.”

Vega C had a successful inaugural launch in July, operated by the European Space Agency. Arianespace then took over commercial service with the rocket, and has a backlog of 13 missions. Vega C is an enhanced version of the Vega lightweight vehicle, designed for greater flexibility, with more payload mass.

Vega C’s predecessor, Vega, was also plagued by launch failures. It suffered two failures, one in July 2019 that lost a satellite for the United Arab Emirates, and another in November 2020 losing satellites for Spain’s Center for Development of Industrial Technology and CNES.