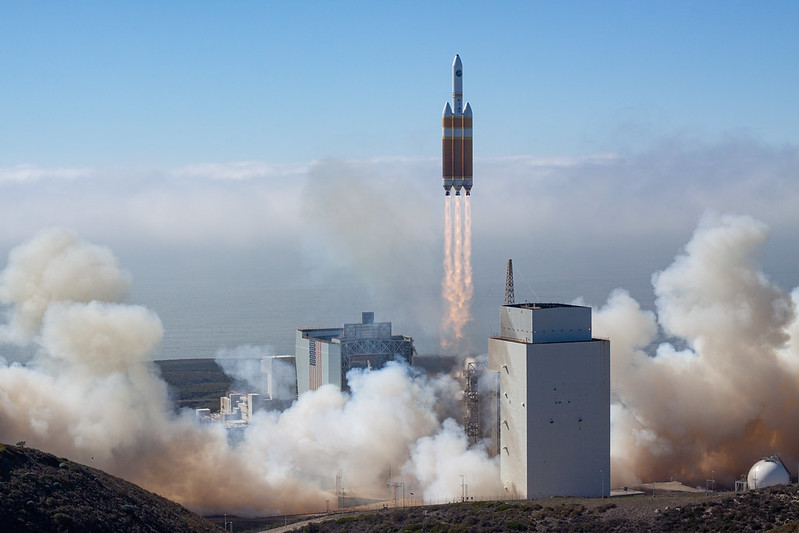 United Launch Alliance (ULA) launched a national security satellite for the National Reconnaissance Office over the weekend, in the final Delta IV Heavy mission from the West Coast. The NROL-91 mission lifted off on Sept. 24 at 3:25 p.m. PDT from Space Launch Complex-6 at Vandenberg Space Force Base.

The NRO has two remaining Delta IV Heavy launches procured under the Launch Vehicle Production Services contract that are projected to launch from Cape Canaveral Space Force Station in 2023 and 2024.

ULA said it will prepare Space Launch Complex-3 at Vandenberg for future flights on its Vulcan rocket from the West Coast.

“The Delta IV Heavy has proven to be an integral part of the NRO’s history, helping us build the architecture for the world’s best space-based intelligence, surveillance and reconnaissance,” said NRO Director Dr. Chris Scolese. “As our agency and the aerospace industry continue to innovate and evolve, we will explore new vehicles for launching payloads even more efficiently and effectively, with even greater capacity, agility, speed, and resilience.”

ULA’s next launch is a commercial launch is the SES-20 and SES-21 mission, planned for Sept. 30 from Cape Canaveral.

ULA is still targeting the first launch of its next-generation Vulcan rocket in this calendar year, Mark Peller, vice president of Major Development at ULA said during World Satellite Business Week. Development is “down to the wire” and ULA plans to take the vehicle to the launch site very shortly. “We have a handful of system tests to run through and we have a plan to be ready to fly before the end of the year,” Peller said.