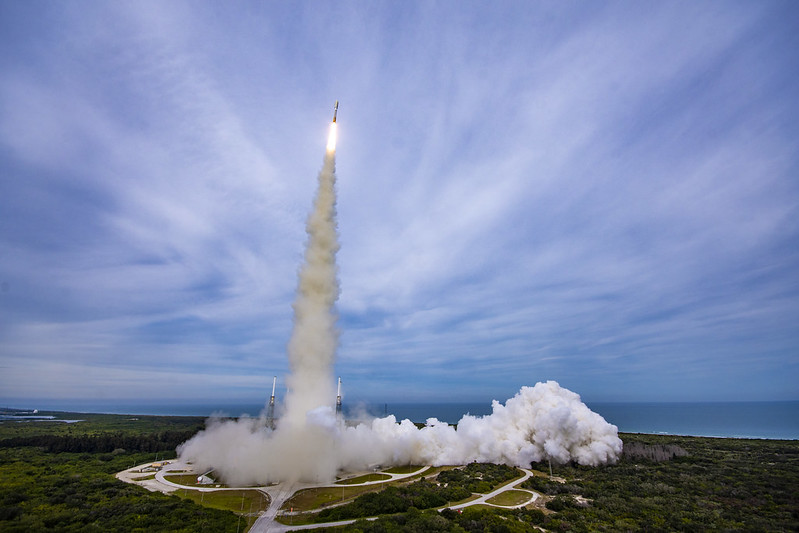 The mission, called USSF-8, was the first GSSAP launch since 2016.

The Atlas V rocket for the Jan. 21 launch was the first in the “511” configuration — a five-meter fairing, one solid rocket booster and one upper stage engine — for the National Security Space Launch (NSSL) program. NSSL, the former Evolved Expendable Launch Vehicle program, is to provide significant cost savings over past rocket launches.

The GSSAP-5 and GSSAP-6 launches were originally scheduled for last August. USSF did not provide insights by press time on Jan. 21 as to the reason or reasons for the five-month delay.

The two satellites are “to provide enhanced space safety of flight and better understand the ever evolving state of affairs in the GEO belt,” USSF said. “GSSAP-5 and -6 will provide improved SDA [space domain awareness] data to the National Space Defense Center and other national users to enhance our ability to navigate freely and safely within the GEO belt.”

USSF’s Space Warfighting Analysis Center (SWAC) has been examining shortfalls in space domain awareness and how to remedy them. USSF and the National Reconnaissance Office have been working on a Silent Barker program to field space-based sensors to improve the U.S. Space Surveillance Network (SSN), which include the GSSAP satellites, the first four of which launched between 2014 and 2016.

USSF officials are increasingly looking to use regimes beyond Low-Earth orbit (LEO), as LEO congestion grows, due to commercial use of the belt and debris generation in LEO by anti-satellite tests, such as last November’s Russian launch of an anti-satellite weapon against one of that nation’s defunct satellites.