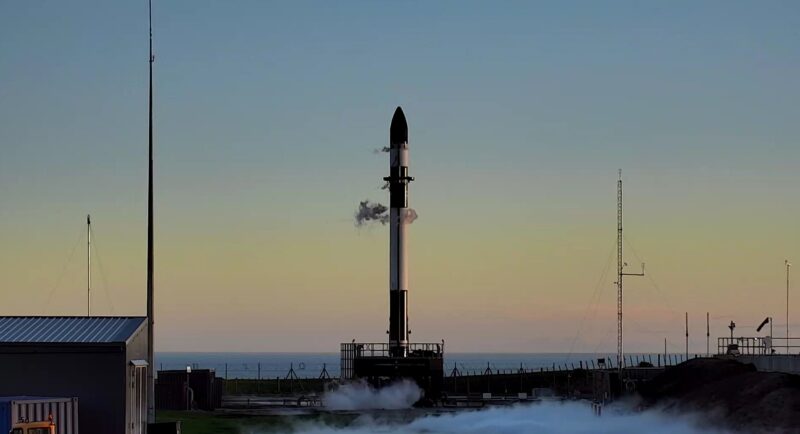 Rocket Lab’s Electron rocket on the pad at Launch Complex 1 ahead of a mission for the U.S. Space Force on July 29, 2021. Photo: Rocket Lab

Rocket Lab’s Electron launch vehicle has returned to flight after a May launch failure with a mission for the U.S. Space Force.

Monolith will demonstrate the use of a deployable sensor, changing the spacecraft’s dynamic properties and testing ability to maintain spacecraft attitude control. Rocket Lab said this analysis could lead to use of smaller satellite buses and quicker development timelines for future deployable sensors.

The mission was procured by the Department of Defense (DoD) Space Test Program (STP) and the Rocket Systems Launch Program (RSLP), both based at Kirtland Air Force Base, New Mexico.; in partnership with the Defense Innovation Unit (DIU) as part of the Rapid Agile Launch Initiative (RALI).

Rocket Lab resolved the issue from the May launch earlier this month. The company’s review found an issue with the second stage engine igniter, including signal corruption in the engine computer. The company said it has since been able to reliably replicate the issue in testing and has implemented redundancies in the ignition system to prevent this in the future, modifying the igniter’s design and manufacture.

This was the second Electron failure in less than a year after a July 2020 launch lost satellites for Canon Electronics, Planet, and In-Space. Rocket Lab is in the midst of a special purpose acquisition (SPAC) merger to go public.