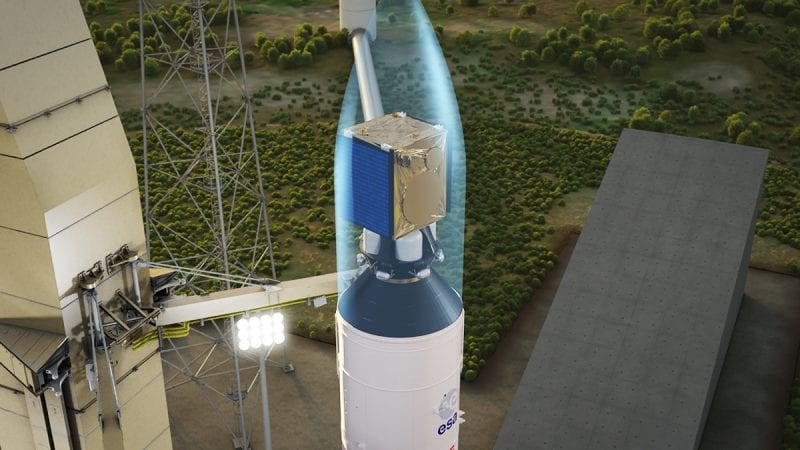 The European Space Agency (ESA) is investing approximately 90 million euros ($106 million) into a developmental contract with ArianeGroup that will give its Ariane 6 rocket a new kick stage. The kick stage, called ‘Astris,’ will allow Ariane 6 to perform complex orbital transfers in multiple orbits, including Low-Earth Orbit (LEO), and support deep space exploration missions for Europe.

ArianeGroup’s facilities in Germany will take on a majority of work on Astris’ development and design. The new kick stage can be mounted as an optional add-on to Ariane 6’s upper stage. Astris and its propellant tanks will be based on a modular architecture that can be configured to a wider set of payload needs. The kick stage can also interface directly with the Ariane 6 rocket’s payload.

ESA said Astris will simplify Arianespace launch missions by taking over required built-in propulsion capabilities and helping move payloads to their final position in orbit. The agency added that Astris could support Ariane 6 as a deep space exploration vehicle for ridesharing payloads with destinations such as asteroids, the Moon and Mars. Astris is scheduled to make its first appearance in mid 2024 on a launch that will send Europe’s planetary defense Hera spacecraft to the Didymos asteroid system.

The Ariane 6 rocket itself is also currently under development with plans for a debut launch in late 2022. Once active, it will take over for Arianespace’s legendary Ariane 5 rocket as Europe’s new primary expendable launch vehicle. Ariane 6 was originally scheduled to debut in 2020, but was delayed during the COVID-19 pandemic.

French satellite operator Eutelsat signed up to be Arianespace’s first commercial customer for the Ariane 6 rocket back in September 2018. That agreement covers five Ariane 6 launches for Eutelsat running through 2027.