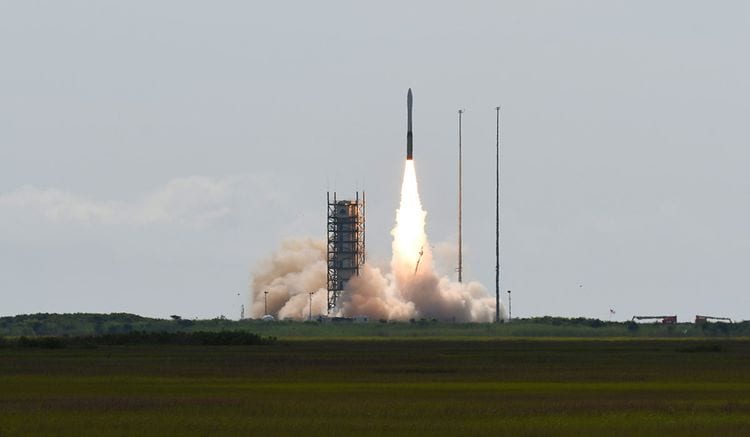 The Minotaur rocket took off from Mid-Atlantic Regional Spaceport Pad 0B at NASA’s Wallops Flight Facility in Virginia on June 15 at 9:35 a.m. EDT. The NRO confirmed that the mission was a success.

The classified payloads were designed, built, and will be operated by the NRO. The mission, NROL-111, was the second and final mission of 2021 for the agency that maintains the United States’ military intelligence and surveillance satellites. The agency has six launches planned for 2022, starting with two launches from New Zealand in January and February, NROL-162 and NROL-199.

“NROL-111 is the 16th payload we put on orbit in 18 months to advance our mission of providing critical information to every member of the intelligence community, two dozen domestic agencies, our nation’s military, lawmakers, and decision makers,” commented NRO Director Dr. Christopher Scolese.

The Minotaur I configuration used in this mission is a four-stage, solid fuel launch vehicle, that uses two decommissioned Minuteman ballistic missile rocket motors, and Northrop Grumman-manufactured Orion 50XL and Orion 38 solid rocket motors. This configuration has been launched 12 times.

“Northrop Grumman is able to repurpose retired Peacekeeper and Minuteman propulsion, integrating them with company built solid rocket motors along with new subsystems for our Minotaur family of launch vehicles, allowing us to provide reliable, cost-effective and responsive access to space for our customers,” commented Rich Straka, vice president of Launch Vehicles for Northrop Grumman.