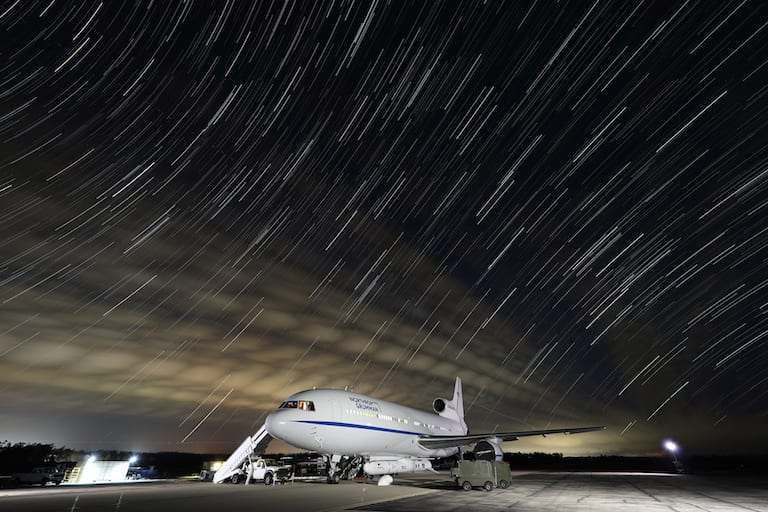 Northrop Grumman’s air-launched Pegasus launch vehicle deployed a payload for the U.S. Space Force over the weekend — in its first launch since 2019.

The L-1011 carrier aircraft dubbed Stargazer took off from Vandenberg Space Force Base at 4:11 a.m. EDT on Sunday, June 13. The Pegasus rocket was released at approximately 40,000 feet, and then deployed the Tactically Responsive Launch-2 (TacRL-2) mission to Low-Earth Orbit (LEO).

The Space Force’s tactically responsive launch program focuses on launch speed, agility, and flexibility to be able to replace on-orbit assets quickly. Northrop Grumman said the launch design, integration, and testing for this mission was completed within four months of receiving the contract award.

Chief of Space Operations Gen. John “Jay” Raymond described the payload as an integrated space domain awareness satellite, and said the entire mission was prepared for launch in 11 months, a record for activity that would normally require two to five years. The satellite was built by the Air Force Research Laboratory and Space Dynamics Laboratory.

“Today’s successful launch is a clear signal to our strategic competitors that we will not cede access to space. The space domain is defined by speed. And with this effort, we demonstrated the kind of speed it will take to win,” Raymond said in a news release. “Agile, responsive capability development, combined with our ability to rapidly launch and insert capabilities into space where we want, when we want, will deny our competitors the perceived benefits of beginning a conflict in, or extending a conflict to, space.”

The Pegasus launch vehicle was created by Orbital Sciences, which has since been incorporated into Northrop Grumman. This was the rocket’s 45th mission, but it had not flown since the ICON mission for NASA in 2019, and has only flown five times since 2010. In March, the Federal Aviation Administration (FAA) renewed the vehicle’s license for Wallops Flight Facility in Virginia, and Cape Canaveral Space Force Station in Florida.