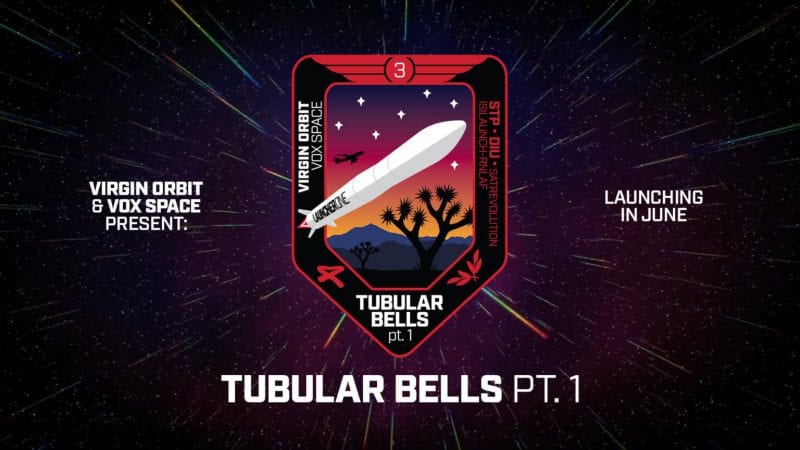 Virgin Orbit announced it will launch its next LauncherOne mission carrying payloads for the US Department of Defense, the Royal Netherlands Air Force, and SatRevolution in June.

The launch will take place at the Mojave Air and Space Port in California and will be the first since Virgin Orbit’s successful Launch Demo 2 mission in January. The LauncherOne vehicle will take its payloads to a destination circular orbit at 500 km, 60 degrees inclination. Virgin has named the mission “Tubular Bells, Part One” after the first track on the first album ever released by Virgin Records.

“At this very moment, the rocket that will carry our next customers to space is fully assembled, and in the coming days we’ll ship it out to our Mojave test site for prelaunch operations,” Virgin Orbit said in a company statement. “As all this is now familiar work, our team has been able to operate at a whole new level of efficiency and precision.”