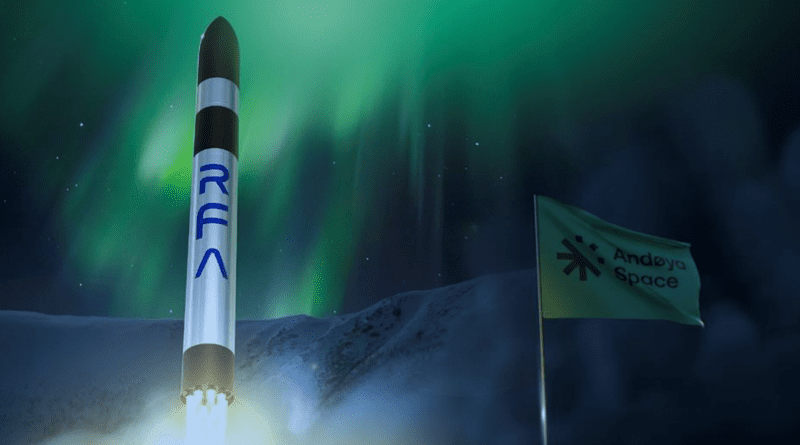 German rocket developer Rocket Factory Augsburg (RFA) has signed a launch contracts with OHB Cosmos and LuxSpace, for dedicated missions between mid-2024 and 2025.

The deals, announced Tuesday, are for launches on the RFA One rocket, which is in development. RFA One is designed to carry payloads up to 1300 kg to Low-Earth Orbit (LEO). OHB Cosmos is the launch service provider of the German OHB group, and LuxSpace is an OHB portfolio company that manufactures small satellite platforms in Luxembourg.

Jörn Spurmann, CCO at RFA commented: “Launching European-built spacecraft with a launch vehicle developed in Germany marks a significant milestone for Europe in its way to achieve independent access to space that secures prosperity for the next generations by fostering innovation and technological progress.”

Separately, RFA announced Wednesday that it signed a contract with Norway’s Andøya Space, securing a launch site for its first years of operation. RFA previously announced an agreement with Andøya Space to host its first launch planned for 2022, but this agreement provides for more missions beyond 2023.