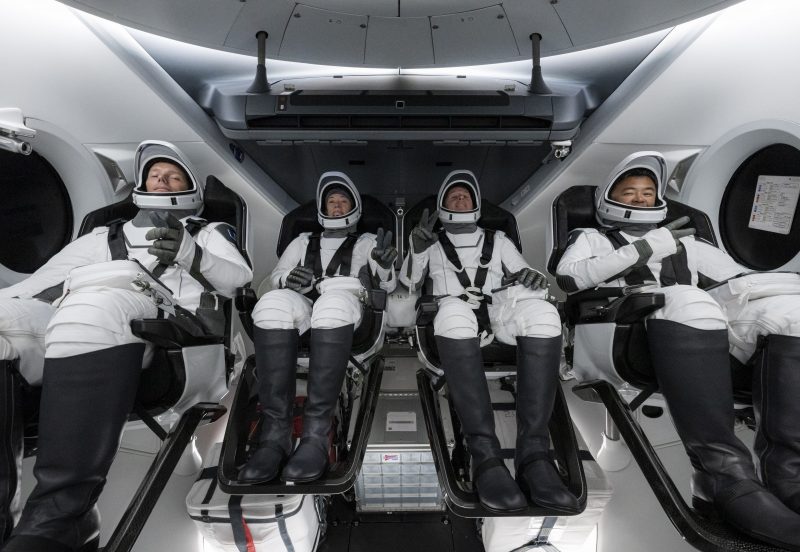 This time last year, the U.S. had not launched astronauts from American soil in nearly a decade, but with SpaceX’s Crew-2 mission, these missions are now happening regularly. SpaceX launched the Crew-2 mission on a Falcon 9 rocket early Friday morning, launching four astronauts into space to journey to the International Space Station.

This marked the third human spaceflight mission from SpaceX and NASA in less than a year, after the milestone Crew Demo-2 mission in May 2020, and Crew-1 in November. In fact, the Crew-1 astronauts are still on the ISS, and will be returning to Earth next week.

“It has been an incredible year for NASA and our Commercial Crew Program, with three crewed launches to the space station since last May,” said NASA Acting Administrator Steve Jurczyk. “It will be an exciting moment to see our crews greet one another on station for our first crew handover under the Commercial Crew Program.”

It takes about 23 hours to reach the space station. The Dragon spacecraft is set to dock with the ISS on Saturday, April 24, at 5:10 a.m. ET. The Crew-2 astronauts will stay on the ISS for about six months.

“I’m really proud of the SpaceX team and honored to be partnered with NASA and helping JAXA and ESA as well,” commented Elon Musk, Chief Engineer at SpaceX. “We’re thrilled to be a part of advancing human spaceflight and looking forward to going beyond Earth orbit to the Moon and Mars and helping make humanity a space-faring civilization and a multi-planet species one day.”

This mission was also the first to use flight-proven hardware.  The Falcon 9 first stage previously launched the Crew-1 mission in November 2020, and the Dragon spacecraft previously flew in the Demo-2 mission.