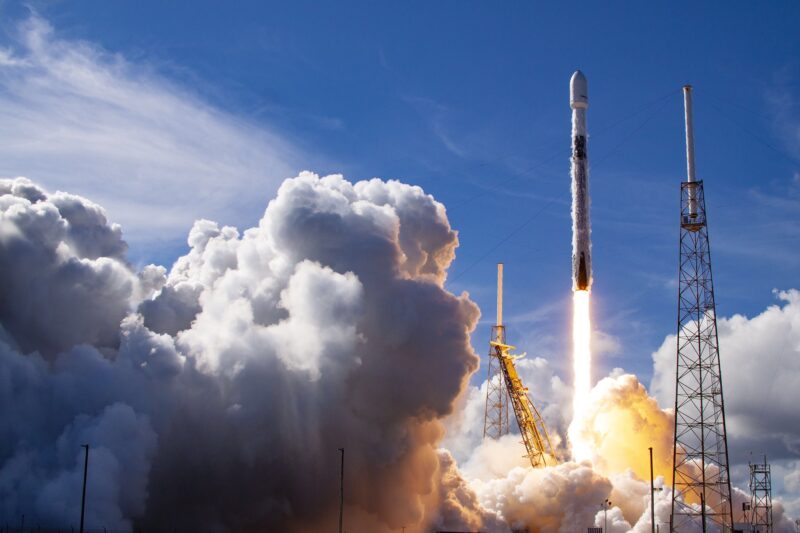 A SpaceX Falcon 9 rocket launched SiriusXM‘s latest satellite over the weekend. On Sunday, Dec. 13, a Falcon 9 rocket lifted off from Cape Canaveral Space Force Station in Florida at 12:30 ET carrying SXM-7. The payload was deployed about 31 minutes after liftoff. This was SpaceX’s 25th launch of 2020. The first stage booster was recovered, marking the booster’s seventh flight and recovery.

SiriusXM confirmed after the launch that SXM-7 deployed its solar arrays and began receiving and sending signals. SXM-7 will now begin firing its thrusters to reach Geostationary Orbit (GEO). SXM-7 will join the radio broadcaster’s fleet of five satellites and is expected to replace the SXM-3 satellite. This satellite will allow SiriusXM to expand services over Canada and the Caribbean.

SXM-7 is built by Maxar Technologies on the 1300-class platform. When SiriusXM placed the order in 2016, it was with SSL, which at the time was an MDA company. SSL has since been integrated into Maxar’s space systems unit. Maxar is also manufacturing SXM-8 and it is expected to launch in 2021. Both satellites will operate in the S-band spectrum. SXM-7 and SXM-8 will generate more than 20-kW of power and have a large unfurlable antenna reflector that enables broadcast to radios without the need for large dish-type antennas on the ground.