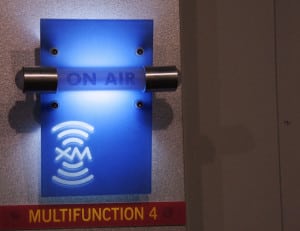 [Via Satellite 07-29-2016] Space Systems Loral (SSL), has received a contract award from SiriusXM to provide two high power telecommunications satellites. The next generation spacecraft, SXM 7 and SXM 8, will replace the radio company’s XM 3 and XM 4 satellites in 2019 and 2020, respectively, helping ensure continuous delivery of audio entertainment and data services to more than 30.6 million subscribers across North America.

Both SXM 7 and SXM 8 will operate in the S-band spectrum. Based on the SSL 1300 platform, each satellite will generate more than 20-kW of power and will have a large unfurlable antenna reflector that enables broadcast to radios without the need for large dish-type antennas on the ground.

SSL has previously built a total of seven satellites for SiriusXM, including its first generation Sirius satellites, which launched in 2000. Of the seven satellites built, one was a ground spare that was never needed, and consequently donated to the Smithsonian Air and Space Museum in 2012.