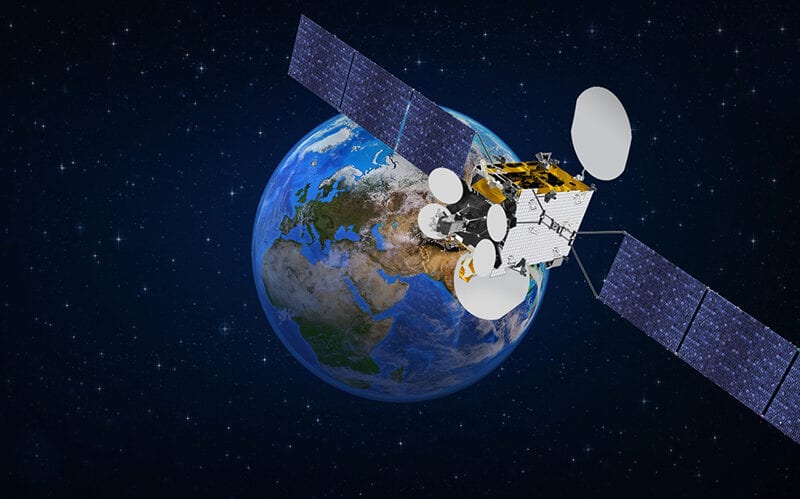 Inmarsat confirmed Thursday that its GX5 Geostationary Orbit (GEO) satellite entered commercial service. This is the company’s most powerful GEO satellite to date, and its fourteenth satellite currently in service. The satellite provides additional capacity to Europe and the Middle East on the i Global Xpress (GX) Ka-band satellite broadband service.

The satellite was launched by Arianespace in November 2019, and delivers approximately double the combined capacity of the entire existing GX fleet (GX1-GX4). Together with an expanded ground station network and enhanced cloud-based processing, GX5 supplements the global coverage of GX and supports the growth in customer demand for GX services in the region, particularly in aviation connectivity — such as passenger Wi-Fi — as well as government and commercial maritime services.

In an interview with Via Satellite published in October, Inmarsat CEO Rupert Pearce spoke about the deal with Hughes, and how GX-5 will bring an increase in capacity: “What we have here [with Hughes] is a marriage between the coverage, resilience, and reliability of Inmarsat and our aviation heritage married with the extraordinary depth of capacity that Hughes brings with its Jupiter series. We are also bringing significant capacity to the aviation market. GX-5 will enter service shortly, bringing in a huge step change in capacity across Europe and into the Middle East. We have the I-6s arriving next year. We have three more next-generation satellites arriving in 2023 and 2024. All of this will be integrated with Global Xpress.”

Commenting on the commercial service availability of the GX5 satellite, Inmarsat CTO Peter Hadinger said in the release: “Inmarsat is investing more than ever before to deliver global, highly differentiated technology platforms on which partners & customers can securely invest and innovate for growth. The company’s fully funded technology roadmap will lead to forthcoming launches for our sixth generation of satellites, the I-6s, then on to GX7, 8, and 9, and two Arctic payloads, GX10A and GX10B, to provide further fresh impetus to our GX success story. Our partners and customers can confidently invest in long-term,