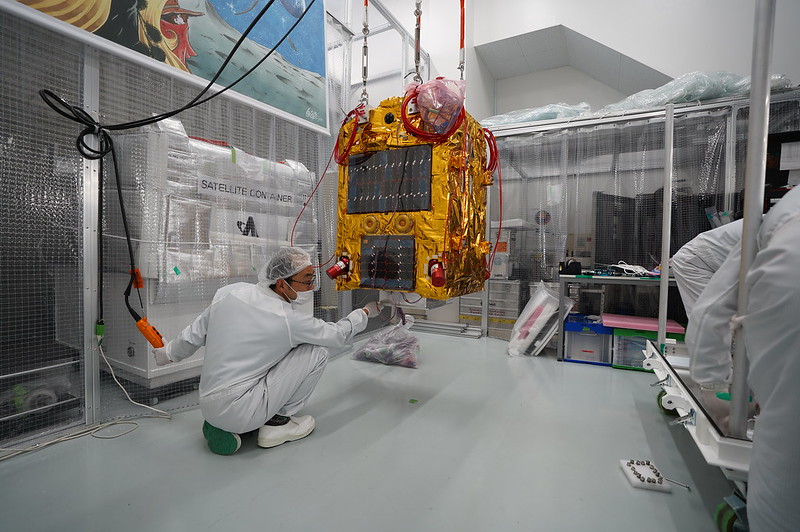 Astroscale’s ELSA-d mission is moving to the Baikonur Cosmodrome in Kazakhstan. Photo: Astroscale

Astroscale is preparing for the launch of its end-of-life services demonstration, ELSA-d, to launch in March 2021. Astroscale announced Wednesday the mission will launch on a Soyuz rocket operated by GK Launch Services from Baikonur Cosmodrome, in Kazakhstan.

ELSA-d will demonstrate the technical capabilities needed for orbital debris removal. A “servicer” satellite and a “target” satellite will be launched together. In orbit, the servicer will repeatedly release and dock with the client. The satellites will be deployed in a series of separation and capture maneuvers using search, identification, rendezvous, docking, and de-orbit technologies.

In an interview with Via Satellite in October, Astroscale CEO Nobu Okada said with the ELSA-d mission, will demonstrate Astroscale’s technology with an uncontrolled object in space, opening the door for a new value chain of servicing in the space industry.

“Once the servicer gets closer to the client satellite, we will identify the rotation rate and then dance with the client and capture it, stabilize it and bring it down to the atmosphere,” Okada said. “This is the first demonstration of capturing uncontrolled objects. This will open the door for the new value chain.”

Astroscale will operate ELSA-d out of the United Kingdom, using the In-Orbit Servicing Control Centre National Facility (IOCC), developed by a team led by Astroscale.

Seita Iizuka, ELSA-d Project Manager commented in the release that this announcement is a milestone marking years of work. “The ELSA-d program demonstrates  complex and innovative capabilities that will support satellite operators in realizing options for their post-mission disposal strategies and establish Astroscale as a global leader in the on-orbit servicing market,” Iizuka said.