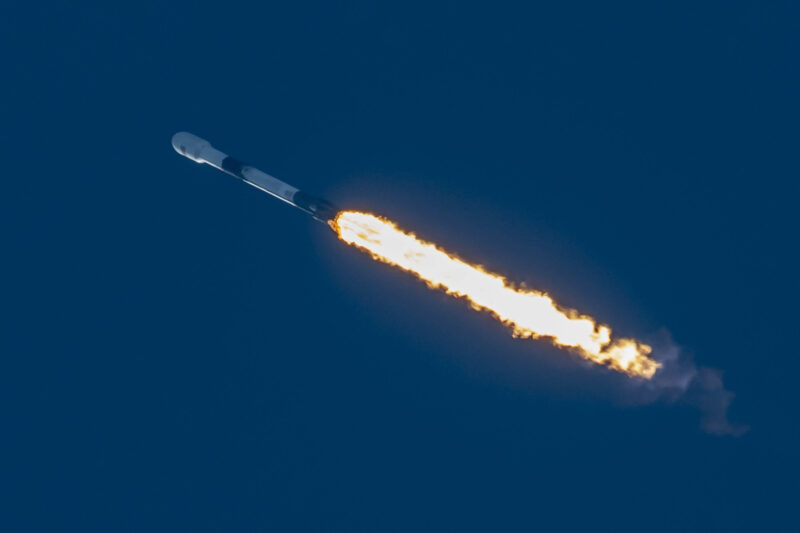 SpaceX launched another batch of 60 Starlink satellites on Sunday, Oct. 18 as it builds out its Low-Earth Orbit (LEO) constellation to provide internet service.

A Falcon 9 rocket carrying the satellites took off from Launch Complex 39A at the Kennedy Space Center in Florida at 8:25 a.m. ET. The satellites were deployed about an hour and three minutes after liftoff. Falcon 9’s first stage landed on the Of Course I Still Love You droneship about eight and a half minutes after liftoff. The booster flew on five previous missions, and both fairing halves had been used twice previously.

Starlink is not yet publicly available, but SpaceX is running private beta tests ahead of public beta tests set to start before the end of the year. Production supervisor Andy Tran said in the launch webcast that SpaceX has installed terminals on tribal lands of the Hoh Tribe in Washington state in August. Tran said Starlink has given the Hoh Tribe access to online health care, commerce, and school. He called their response “overwhelmingly positive,” and said the community is moving to connect 30 more households.

“This remote location had previously hindered access to high speed broadband. But after the Starlinks were installed, the tribe went from practically no connectivity to high speed internet overnight,” he said.

Last week, the FCC named SpaceX as a company in the running for its Rural Digital Opportunity Fund (RDOF) in which companies will compete for $20 billion in subsidies to connect rural areas with broadband internet service. Two other satellite operators Viasat and Hughes Network Services were also named eligible.