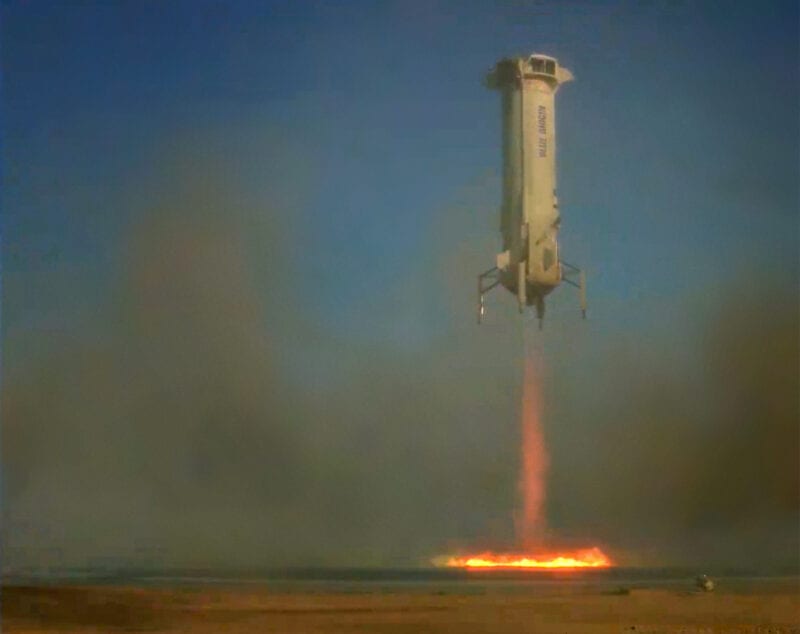 Blue Origin successfully launched its New Shepard suborbital rocket on Tuesday, and in doing so, set a reusability record for the rocket, and tested a lunar landing system for NASA. Tuesday’s launch marked  the seventh flight for the booster used in the mission, a reusability record for the rocket and for Amazon Founder Jeff Bezos’ commercial launch service. This was the 13th New Shepard mission.

The booster itself held a payload for this mission, the lunar lander sensor demo for NASA. This payload tested precision lunar landing sensors, technology needed to land on the moon in a specific location.

“Sensors give us some great understanding of how we do precision landing on the Moon. This is something different than what we had in Apollo, where they didn’t have those technologies. Now we can land closely and position things all in one area,” Blue Origin CEO Bob Smith said in the launch webcast.” It’s an exciting ability to use the New Shepard vehicle as a test bed so it does many of the same things as a lunar lander.”

The mission also included 11 other payloads in the crew capsule, experiments that gather data during flight time.

Blue Origin team said New Shepard is only a few flights away from flying humans, and has done astronaut rehearsals. The rocket was designed to take space tourists and researchers into space, and the crew capsule can fit six people.

The launch was delayed from Sept. 24 and 25 due to technical issues. This was the first Blue Origin launch of the year, the sixth New Shepard launch was in December 2019. Earlier this year, Blue Origin opened a new headquarters and R&D facility in Kent, Washington, and a rocket engine production facility in Huntsville, Alabama.